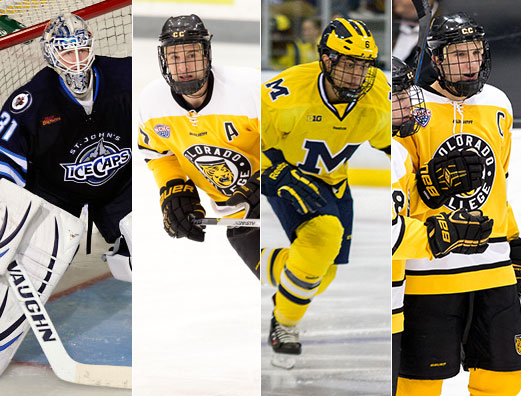 The Manitoba Moose, the American Hockey League affiliate of the Winnipeg Jets, today announced they have agreed to terms with goalie Jussi Olkinuora, and defencemen Aaron Harstad, Brennan Serville and Peter Stoykewych on AHL contracts.

Brennan Serville, 22, picked up seven points (0G, 7A) in 33 games with the University of Michigan last year. The Pickering, ON native just completed his fourth year with the Wolverines. During his college career, he recorded 21 points (1G, 20A) and 46 PIM in 129 games. Serville was selected in the third round, 78th overall by the Jets at the 2011 NHL Draft.