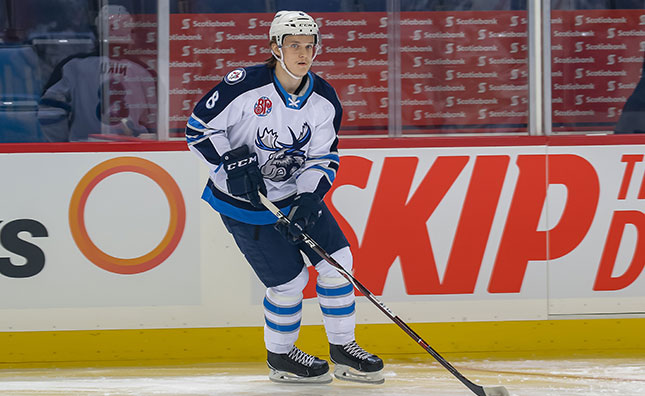 Niku, 22, has played five games for the Jets this season after making his debut last year. He has played 12 games for the Moose this season and has five points (1G, 4A) and eight penalty minutes. Niku made his NHL debut for the Jets on Apr. 3/18 and scored a goal on his first shot. The product of Haapavesi, Finland played 76 games for Manitoba in 2017-18 and was voted the league’s top defenceman and a First Team All-Star after a 54-point (16G, 38A) campaign. Niku added three points (1G, 2A) in nine playoff games as the Moose made it to the second round of the Calder Cup playoffs.

The Moose take on the Toronto Marlies tonight at Bell MTS Place.  The 7 p.m. CT puck drop will be available on moosehockey.com/listenlive, the Moose App or streaming on AHLTV. The game will also be streamed for free on Facebook as the AHL’s Facebook Watch Game of the Week.