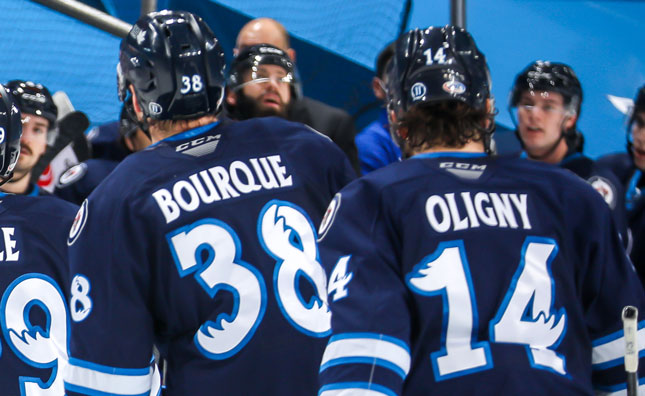 The Manitoba Moose Hockey Club announced today the team re-signed defenceman Jimmy Oligny to a two-year contract through the 2022-23 campaign and defenceman Trent Bourque to a one-year contract for the 2021-22 season.

Oligny, 28, tallied three assists in 21 games with the Moose last season. The St-Michel, Que. native played the past three campaigns in Manitoba after being acquired by the Winnipeg Jets from the Vegas Golden Knights during the 2018-19 season. Oligny has played in 381 AHL games during a seven-season career, picking up 73 points (13G, 60A) along the way. Oligny is a two-time team community service award winner, most recently honoured with the 2020 EPRA Julian Klymkiw Community Service award by the Moose. He was previously the Milwaukee Admirals community player of the year in 2016.