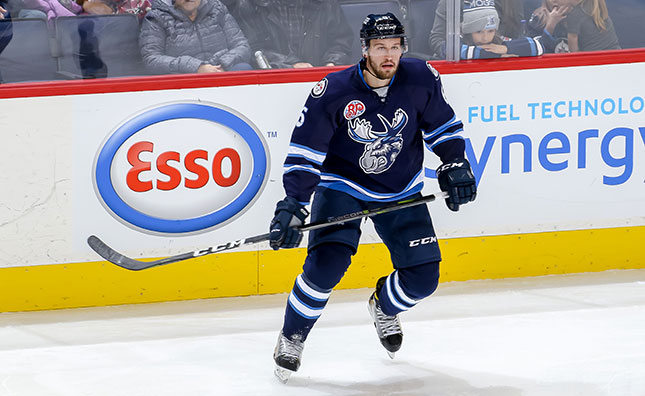 The Winnipeg Jets announced today that they have assigned defenceman Tucker Poolman to the Manitoba Moose.

Poolman, 24, has played in 15 games for the Jets this season and he scored his first NHL goal on Dec. 23/17 against the New York Islanders. The product of East Grand Forks, Minnesota has also played 13 games for the Moose in his first professional season and has six points (1G, 5A) and four penalty minutes.

Poolman was drafted by the Jets in the fifth round (127th overall) in the 2013 NHL Draft.