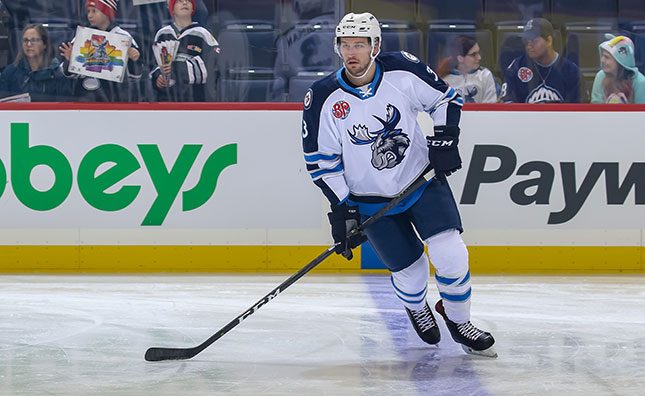 The Winnipeg Jets announced today they have recalled defenceman Tucker Poolman from the Manitoba Moose.

Poolman, 25, has played in 30 games for the Moose this season and has 17 points (3G, 14A) and six penalty minutes. The product of East Grand Forks, Minn. played 24 games for the Jets in 2017-18 and had a goal and an assist and he also appeared in a pair of playoff games for Winnipeg.

The Moose start a six-game road trip Wednesday in Toronto against the Marlies for a 10 a.m. CT matchup.  Watch the game live on TSN2 and AHLTV, or listen on TSN 1290, moosehockey.com and the Moose App.