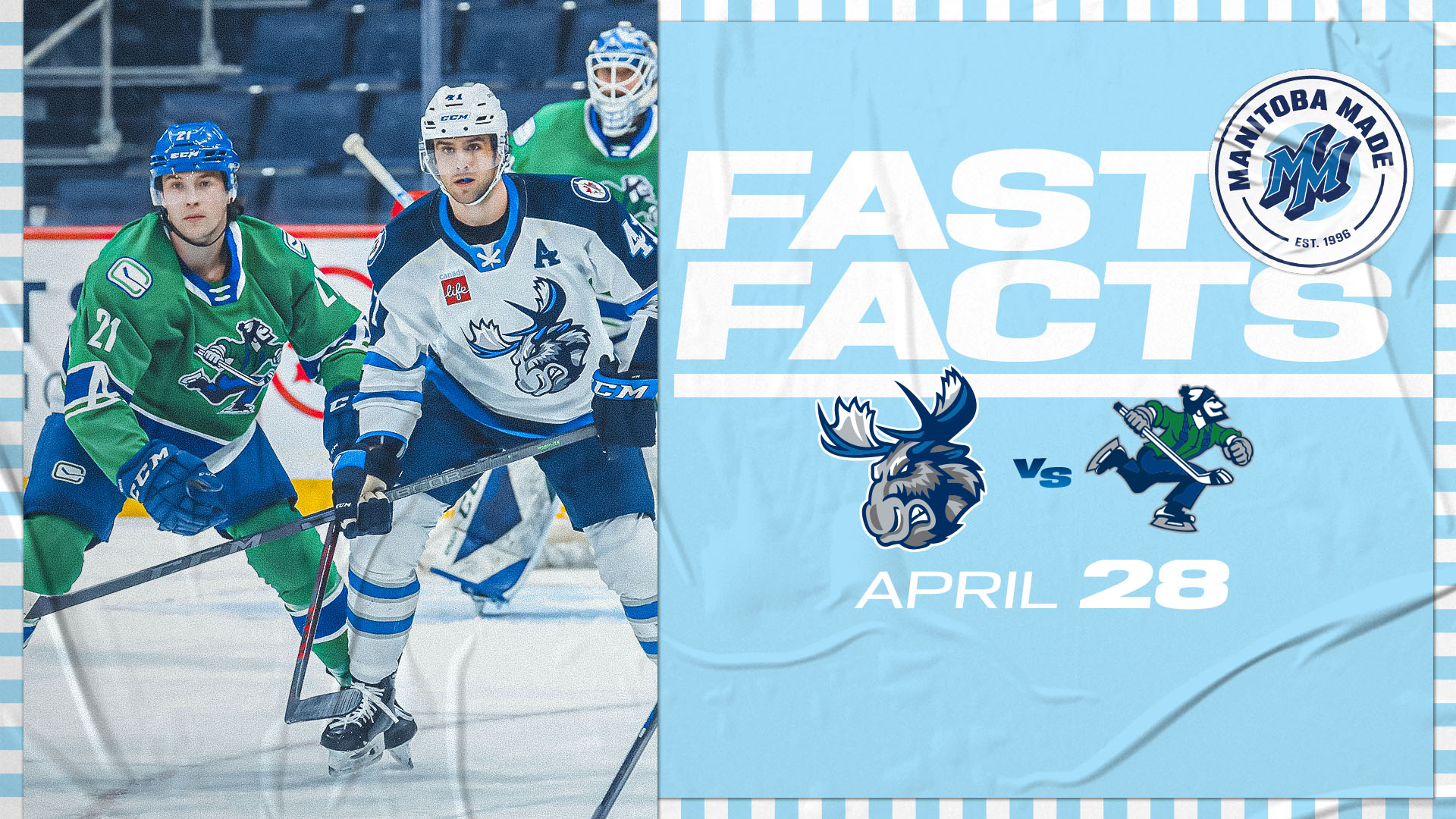 The Moose host the Abbotsford Canucks as the two teams close out their regular seasons with a pair of games at Canada Life Centre. Manitoba comes into the contest on a losing note, falling to the Texas Stars by a 4-2 count on Tuesday. The Canucks are one of the hottest teams in the league with points in 10 straight games, including nine wins. Tonight is the Shut Out Hunger Food Drive presented by Red River Co-op. Fans are encouraged to bring non-perishable food items to the game to donate to Harvest Manitoba. Tickets for tonight’s 7 p.m. matchup are available at MooseHockey.com/TICKETS. Coverage of this evening’s tilt on CJOB.com/sports, AHLTV and the Manitoba Moose App begins at 6:45 p.m. CT.

Daniel Torgersson recorded his first career AHL goal in Tuesday’s loss against the Texas Stars. The forward, who was playing in his second career AHL contest, opened the scoring 1:26 into the first period. The Hono, Sweden product played for Sweden’s AIK this season and tallied 17 points (7G, 10A) in 40 games. Torgersson was drafted by the Winnipeg Jets in the second round, 40th overall, in the 2020 NHL Draft and signed a three-year entry-level contract with Winnipeg on April 11.

Ville Heinola recorded an assist in Manitoba’s loss Tuesday night. The defenceman is currently in the midst of a three-game point streak while recording three points (1G, 2A) in his past three games. Heinola’s three-game point streak is the second longest of his 2021-22 campaign. The defender previously hit four games from Nov. 5 to Nov. 10. The Honkajoki, Finland product has recorded 23 points (4G, 19A) through 39 games. Heinola has also been effective on the power play, tallying 13 of his 23 points, including all four of his goals, on the man advantage this season.

Wyatt Bongiovanni made his professional debut when the Moose took on Texas Tuesday night. The forward finished with one shot on goal and a plus-one rating on the evening. The forward signed a two-year, entry-level contract with the Winnipeg Jets on April 16 after completing his senior year with the Quinnipiac Bobcats of the ECAC. Bongiovanni recorded 34 points (16G, 18A) in 42 games and captained the Bobcats in 2021-22. The forward also became the first men’s player in Quinnipiac history named to the NCAA’s Senior CLASS Award First Team All-American.

The Moose have two more games to go in the 2021-22 regular season. Both contests will be played at Canada Life Centre, where the Moose find themselves with a record of 23-9-0-2. When the Moose score either four or five goals at home, they have a perfect  combined record of13-0-0-0. When the Moose hold their opposition to three goals or less, the antlered ones have a sparkling record of 21-0-0-1. Cole Maier leads the forwards with 22 points (10G, 12A) at home this season, while the blue line is paced by Leon Gawanke, who has 19  points (4G, 15A) when skating at Canada Life Centre.

Bobby Lynch recorded an assist in Manitoba’s loss against Texas on Tuesday night. The forward has put up career best numbers in his second season in antlers, and has 19 points (8G, 11A) through 44 games. Lynch sits 14th on the Moose leaderboard points-wise and has two multi-point games under his belt this season to go along with one game-winner.