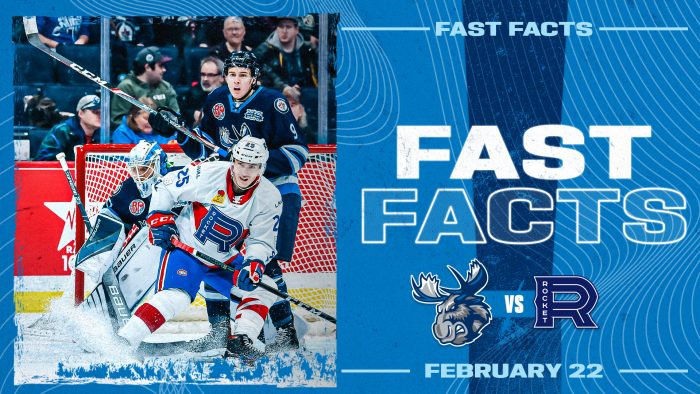 The Manitoba Moose are on their first road trip of the season. The club spent over a month in Winnipeg, starting with training camp and their first series of the season. Speaking of that series, the Moose came out of that four-game matchup with a 2-2-0-0 record against the Marlies. Tyler Graovac led the way offensively with five points (1G, 4A) while Mikhail Berdin was stellar between the pipes in the two wins. Catch tonight’s game on cjob.com/sports and MooseHockey.com/LISTENLIVE or watch with a subscription to AHLTV. Coverage begins at 5:45 p.m. CT.

Mikhail Berdin was named the game’s first star for the second straight night, making 38 saves on 39 shots during Friday’s matchup against the Toronto Marlies. During Manitoba’s four-game series with the Marlies at Bell MTS Place, Berdin posted a 2-2-0 record alongside a 3.02 goals-against average and .922 save percentage. Berdin faced 34 or more shots in every game against the Marlies during the series and is the only goalie in the Canadian Division who has been tested with more than 150 shots.

During Manitoba’s contest against Toronto on Friday night, three Moose players enjoyed scoresheet firsts. With just under three minutes remaining in the second period, Jeff Malott posted his first career AHL goal with an impressive shot from down low. Westin Michaud marked his first AHL assist on Malott’s tally. Nathan Todd also recorded his first AHL assist during the game with the secondary helper on Bobby Lynch’s third period goal. Malott and Michaud made their debut for the Moose this season while Todd played 16 games for the club during the 2019-20 season and recorded a goal.

With training camp opening on Jan. 25, Moose players have spent over a month in Winnipeg before heading out on the road. Their first swing of the season sees the Moose play four games against the Laval Rocket. Manitoba holds a 3-3-0-0 road record against Laval during the past three seasons. The Moose were 9-19-1-0 during the 2019-20 campaign while Laval posted a 17-9-2-2 mark on home ice. Forward C.J. Suess led all Moose skaters last season with 19 points (7G, 12A) in 29 games in unfriendly territory.

Hot Out of the Gate

Bobby Lynch continued his brisk start to the season on Saturday by tallying his first AHL game-winning goal. The tally, his second in as many nights, gave the rookie winger a point in each of the first four games of the season. Lynch has four points (2G, 2A) during the stretch. His streak is tied with Laval’s Jordan Weal for the best run in the Canadian Division to start the campaign. The pair are tied with 10 other AHL’ers for the sixth-best streak to begin the season.