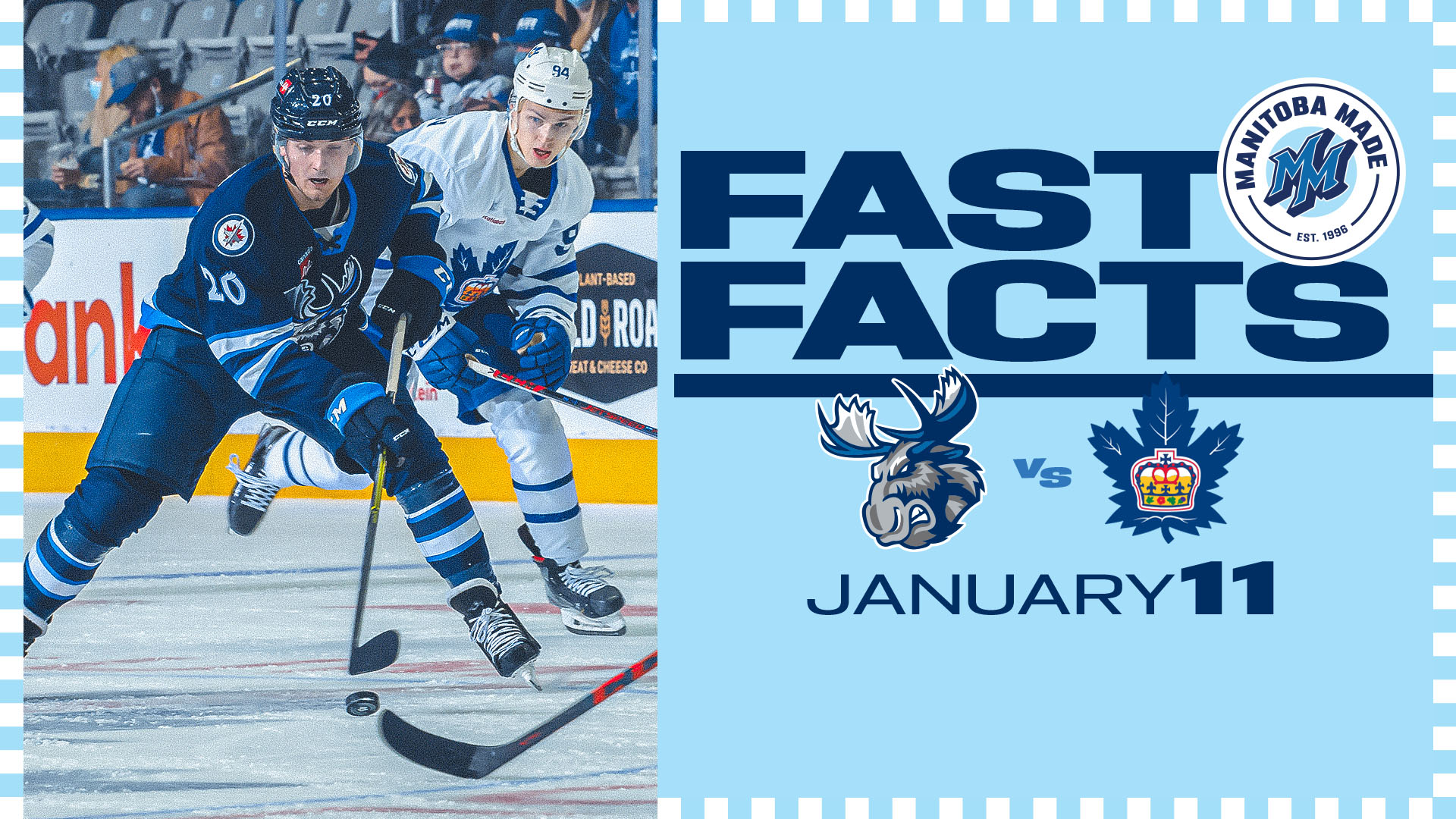 After three days off game action, the Manitoba Moose are set to face off against the Marlies this evening in Toronto. The contest kicks off a run of three games in four nights to close out Manitoba’s current road trip. The Moose are 1-2-0-0 on the swing so far after a 6-1 loss in Belleville on Saturday. The Marlies come into the contest with eight wins in their past 10 games and sit atop the North Division standings. Coverage of tonight’s 6 p.m. CT game begins at 5:45 p.m. CT on CJOB.com/sports, the Winnipeg Jets App and AHLTV. Fans in the U.S.A can also watch the game on NHL Network.

Forward Brayden Burke picked up an assist in each of his first two games played in antlers. Both assists went down as the primary helper and came on Manitoba’s first goal of the game on Wednesday and Saturday. Burke signed a professional tryout with the Moose in the New Year after missing the first three months of the season due to injury. The Edmonton, Alta. product posted 23 assists in 45 games during the 2021-22 campaign and has 89 career helpers to his name in 194 AHL contests.

Jansen Harkins tallied an assist on the lone Manitoba  goal on Saturday. The forward has recorded a point in every game he’s played this season and sits with 11 points (6G, 5A) in eight games. Harkins sits with three game-winning tallies, which is one off his career-high of four set back in 2018-19. Harkins is also two game shy of tying his longest AHL point streak of 10, which he achieved back in the 2019-20 campaign.

The Winnipeg Jets assigned forwards Chaz Lucius and Brad Lambert to the Western Hockey League’s Portland Winterhawks and Seattle Thunderbirds. Lucius has recorded five points (2G, 3A) in 12 AHL contests. The forward suited up for Team USA at the IIHF World Juniors and recorded seven points (5G, 2A) in seven games on his way to a bronze medal. Lambert has tallied three points (2G, 1A) through 14 games with the Moose this season. The forward played in five games for Finland at the IIHF World Juniors and scored once. Manitoba also reassigned Isaac Johnson to Newfoundland. The forward appeared in four games with the Moose this season and has posted 14 points (6G, 8A) in 11 games with Newfoundland.

Take it Period by Period

Manitoba’s goal differential slipped below even for the first time this season over the weekend. The team has scored 97 goals while surrendering 99 in regulation or overtime. Manitoba maintains a positive differential in the first period, a slim 24 goals for to 23 goals against. Heading into AHL action on Jan. 10, just six teams in the AHL have allowed less goals than the Moose in the first period this season, while five teams have scored less in the opening frame. Things tend to pick up in the second period where the Moose have outscored opposition 34-30. The third period has a narrow edge as Manitoba’s best offensive frame, scoring 35 times in the final period of regulation. The team has also surrendered 44 goals, tied for the third-most allowed in the third period.

Kristian Reichel netted the lone goal in Manitoba’s loss against Belleville. Reichel now has 11 points (3G, 8A) and has broken the double-digit point barrier for the fifth time in his AHL career. He is currently on a three-game point streak, which ties the longest mark the forward has put together this year. Reichel has 63 points (28G, 35A) in 180 AHL contests.