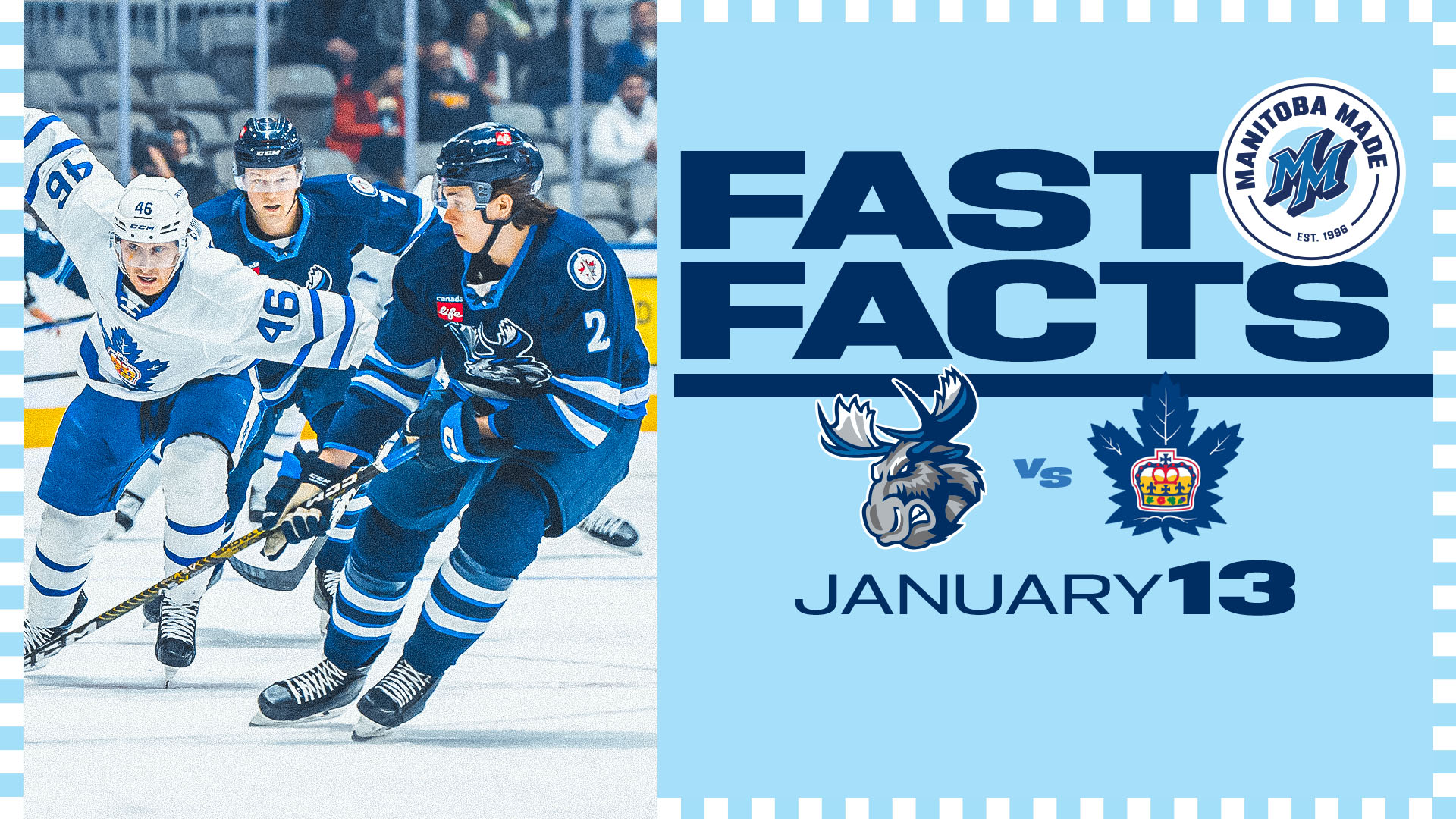 The Manitoba Moose try to get back in the win column tonight as they take on the Toronto Marlies tonight. The Moose and Marlies clashed on Wednesday with Toronto winning 3-2. Manitoba has dropped five of the last six games as the antlered ones seek to get back on track. Coverage of tonight’s 6 p.m. CT matchup begins at 5:45 p.m. CT on CJOB.com/sports, the Winnipeg Jets App and AHLTV.

Declan Chisholm was named the Moose representative at the 2023 AHL All-Star Classic. The defenceman ranks second on the Moose with 23 points (3G, 20A) in 31 games this season. Chisholm, who tallied an assist in Manitoba’s loss on Wednesday, is the first Moose skater this season to hit the 20-assist plateau. The 2018 fifth round pick of the Winnipeg Jets is one helper shy of his career high of 21 assists that was set during the 2021-22 season. The Bowmanville, Ont. product sits tied for third on the squad with three power play markers and is second among the antlered ones with nine assists on the man-advantage. Chisholm has 66 points (14G, 52A) in 112 career AHL games.

Alex Limoges tallied a pair of assists in Manitoba’s loss against Toronto. The first helper, which came in the opening period, proved to be a new career-high for the forward, who registered 17 assists in 62 games in 2021-22 with San Diego. The two-assist contest also represents the sixth time this season Limoges notched a multi-point outing. The Winchester, Vir., who inked a one-year entry-level deal with Winnipeg in 2022, stands with 87 points (41G, 46A) in 114 career AHL games. The forward is also one game-winning tally away from tying his previous career-high of four that was set the previous campaign with the Gulls.

One for the Money, Two for the Show

Moose netminder Oskari Salminen faced not one, but two penalty shots in the third period of Wednesday’s game. The Kotka, Finland product stopped Kyle Clifford and Joey Anderson 2:58 apart, facing his first two AHL penalty shots. It’s the first time in franchise history, including the team’s IHL days and time in St. John’s, the Moose have faced multiple penalty shots in one game. You don’t have to go far to find the last time multiple penalty shots were awarded in the AHL, as both the Tucson Roadrunners and Grand Rapids Griffins had opportunities on Dec. 17/22. The last time a single AHL team faced two penalty shots in one game was Dec. 28/17 when the Iowa Wild were awarded two chances against the Rockford IceHogs. Collin Delia stopped both Mario Lucia and Sam Anas in a span of 2:42 in the third period.

Down to the Wire

A total of 14 of Manitoba’s 32 contests have been decided by a single tally. Over those games, the Moose stand with a record of 8-3-2-1, which account for a total of 19 of Manitoba’s 37 points. When the contest is within a goal, the antlered ones are led in scoring by forward Alex Limoges who put up 15 points (6G, 9A) in those games. The blue line is paced by Simon Lundmark, who has notched eight points (2G, 6A) when the game is within a single marker.

Jansen Harkins tallied a first period goal in Manitoba’s loss on Wednesday. The forward has notched at least a point in every game he’s suited up in and sits with 12 points (7G, 5A) in nine contests along with a plus-five rating. The forward’s longest AHL point streak came in 2019-20 when he went on to record 18 points (4G, 14A) over the span of 10 games.