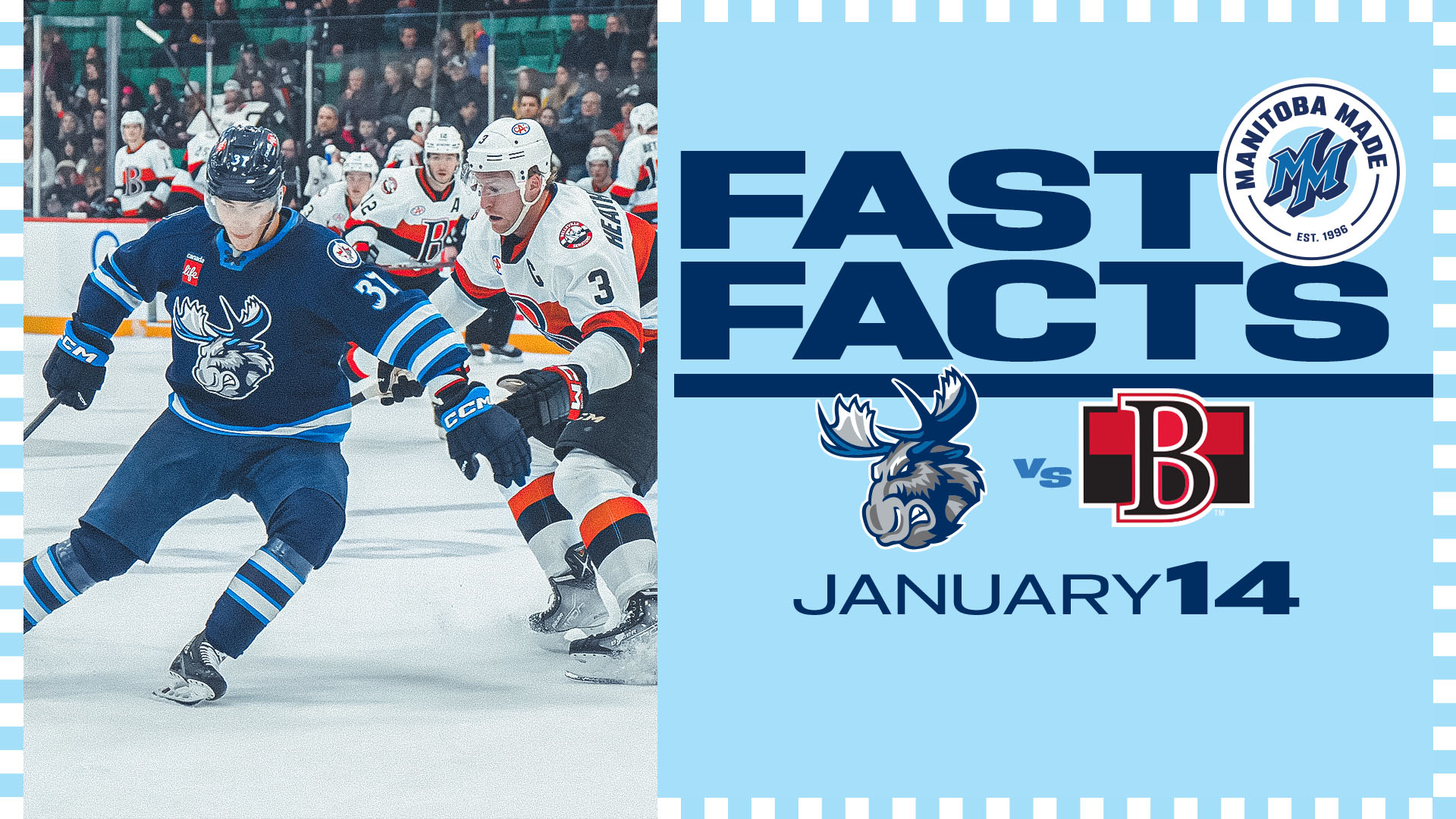 The Manitoba Moose close out a six-game road swing through Eastern Canada tonight as they face off against the Belleville Senators. The Moose were in Toronto last night, however the game was suspended after one period. Meanwhile, Belleville was on home ice, and fell 2-1 to the Cleveland Monsters. Watch tonight’s 6:05 p.m. CT game for free with this evening’s AHLTV Freeview or listen on 680 CJOB. Coverage of tonight’s game on CJOB.com/sports, the Winnipeg Jets App and AHLTV begins at 5:45 p.m. CT.

Jansen Harkins was recalled by the Winnipeg Jets, while Ville Heinola was reassigned to the Moose yesterday. Harkins racked up 12 points (7G, 5A) in nine games with the Moose this season. The forward is also on a nine-game AHL point streak, tallying at least one point in every game played with Manitoba. Heinola has 10 assists in 13 games with the Moose this season. The Honkajoki, Finland product sits tied for third on the team in scoring among defencemen and paces the club with a plus-15 rating. Manitoba also recalled Joseph Nardi from the ECHL’s Toledo Walleye. Nardi appeared in one contest with the Moose this season, scoring a goal in his AHL debut on Wednesday, Jan. 4. Nardi has suited up in 29 games for Toledo and tallied 19 points (3G, 16A) which places him fifth in team scoring.

With today’s contest against Belleville, the Moose end their six-game road swing through Eastern Canada. Prior to the suspended game against Toronto yesterday, Manitoba has played the last six games against Canadian opponents and sits with a mark of 1-5-0-0. The Moose have been outscored by a margin of 28-15 through that stretch. The antlered ones have been paced by forward Evan Polei, who has tallied five points (3G, 2A) over those contests. Manitoba finds themselves with a record of 6-8-0-0 against Canadian teams this season. In 2021-22, the Moose ended the year with a mark of 11-7-1-1 versus their Canadian brethren.

Jeff Malott notched a power play assist in the first period of Manitoba’s contest against Toronto. The forward now has helpers on the man-advantage in two straight contests and sits third on the squad with 11 power play points (7G, 4A). Malott, who is skating in his third season with Manitoba, has seen his power play point totals increase each of the past three campaigns. The best mark came in 2021-22 where he registered 17 points (10G, 7A) of his 41 points on the man-advantage The forward, who re-signed a two-year contract with Winnipeg in 2022, has put together 83 points (52G, 31A) in 128 AHL contests.

Shifty on the Power Play

Dominic Toninato tallied his second power play assist in as many contests on Friday evening. The helper gives the forward ten points (5G, 5A) in 16 contests and is the third time in his AHL career Toninato has reached the double-digit point plateau. Toninato, a fifth round pick of Toronto in 2012, is having his best statistical season in regards to the power play, with three of his five markers and six of his 10 points coming by way of the man-advantage.

Alex Limoges recorded a power play goal in Manitoba’s contest against Toronto. The forward, who inked a one-year entry-level deal with Winnipeg in 2022, has compiled three points (1G, 2A) his past two games. Limoges, who is in his first season in antlers, leads the Moose in scoring with 27 points (8G, 19A) and is firing at a 14.3% shooting percentage.