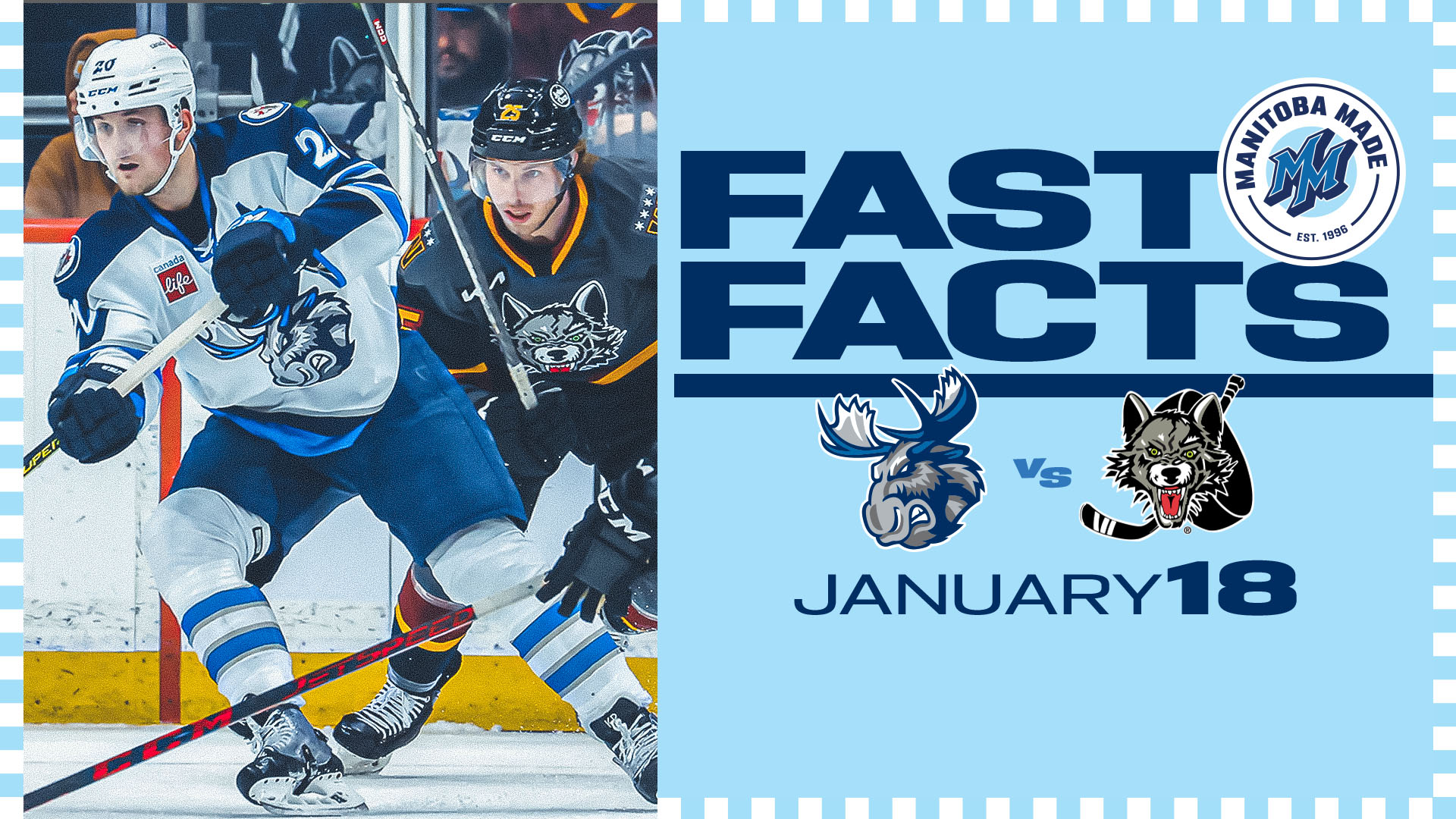 The Manitoba Moose try for a third straight win both overall and against the Chicago Wolves tonight. The Moose came away with a 2-0 win last night on the strength of 25 saves from Oskari Salminen. Tickets for tonight’s 7 p.m. contest at Canada Life Centre are available at MooseHockey.com/TICKETS.

Oskari Salminen recorded both a win and a shutout against Chicago yesterday evening. The victory pushes the Salminen’s record to 10-7-1 with a 2.83 goals-against average and a .900 save percentage. The clean sheet was the goaltender’s second of the campaign and came on the strength of 25 stops. His first shutout with the Moose occurred in his AHL debut, when he tallied 32 saves against Rockford onOct. 16/22. Salminen, who signed a two-year entry-level contract with Winnipeg in 2022, sits tied for third among AHL rookie netminders with 10 wins. In terms of first-year netminders, the Kotka, Finland product is one of four to play over 1000 minutes and is locked in a four-way tie with two shutouts.

Rack Up the Winner

Nicholas Jones notched the winning goal in yesterday’s victory against Chicago. Dating back to his time in Hartford in 2019-20, the winger has recorded at least one game-winning goal in four straight seasons. Jones, who re-signed a two-year contract with Manitoba in 2022, has racked up 11 points (3G, 8A) through 33 contests, with eight of his 11 points scored at home. Jones, who is set to skate in his 200th AHL contest, has accumulated 78 total points (28G, 50A) through 199 games split between Hartford and Manitoba.

Dean Stewart registered a third period assist in yesterday’s home win over Chicago. The helper was his eighth of the season and allowed the defenceman to match his career-high from 2021-22. Stewart, an Arizona seventh round draft pick in 2016, sits with nine points (1G, 8A), which ties the defender’s output from the past season. Stewart skated in his 50th career AHL contest yesterday evening and has registered 39 shots this season, which represents a new career-high for the defenceman.

Brayden Burke netted his first goal as a member of the Moose in the third period of yesterday’s win over Chicago. The forward, who was signed to a professional tryout by Manitoba in early January, has recorded four points (1G, 3A) in six games since joining the Moose and is currently riding a two-game point streak for the second time this season. The Edmonton, Alta product has suited up in 198 AHL contests split between Tucson, Milwaukee, Ontario and Manitoba and has tallied 133 points (43G, 90A) and owns a career plus-six rating.

Forward Isaac Johnson returned to the Moose lineup after being recalled by the club from the Newfoundland Growlers on Monday. Johnson recorded his first AHL assist and point of the season last night. The Andover, Minn. product has five points (1G, 4A) in 16 career AHL games. Johnson has 20 points (8G, 12A) in 14 ECHL games this season.