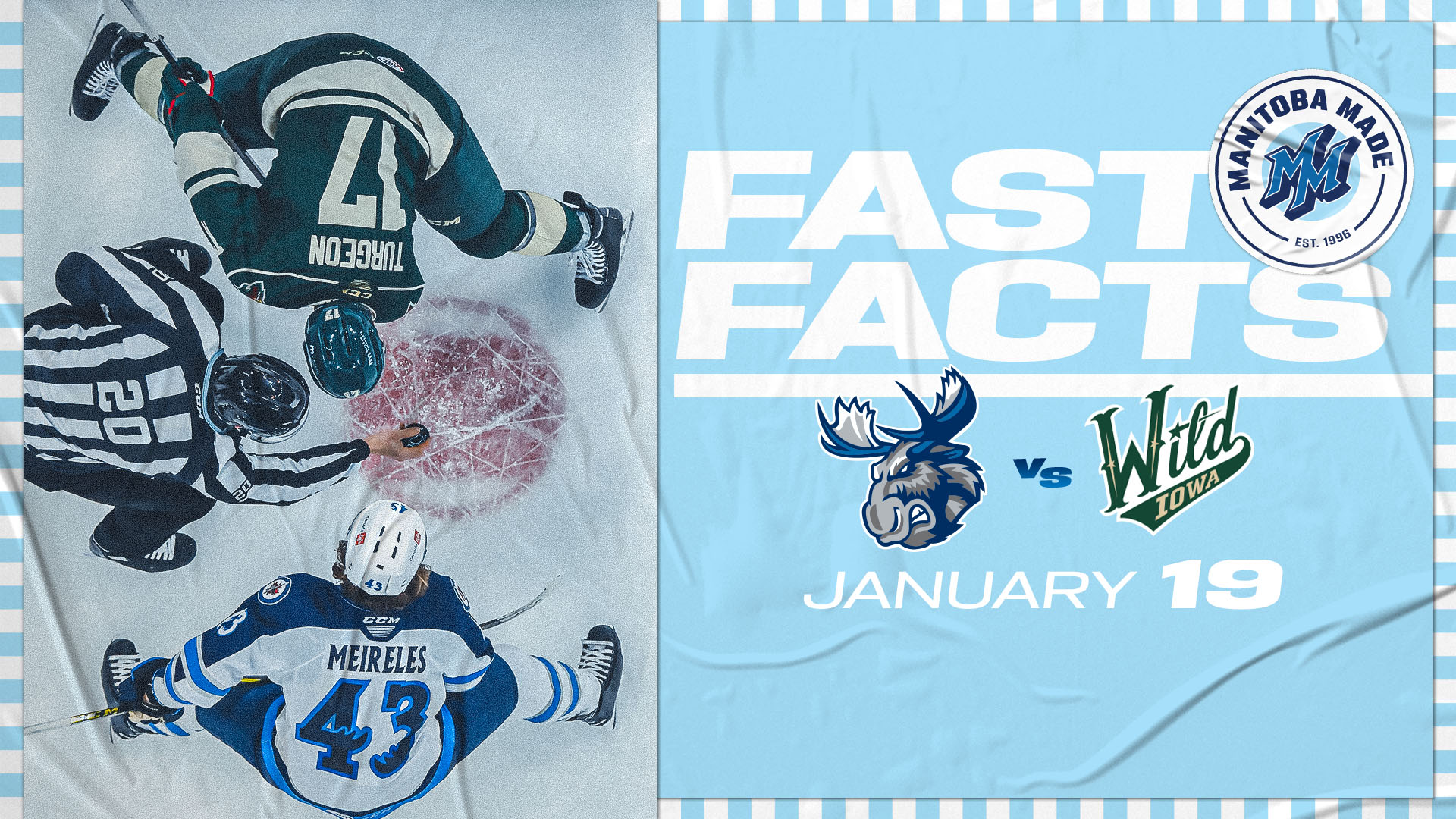 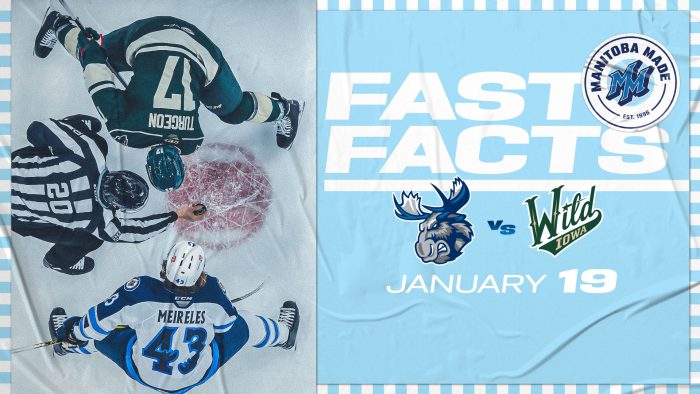 The Moose put the wraps on a successful road swing tonight in Iowa. Manitoba is 4-0-1-0 on the trip following a 2-1 shootout win in Grand Rapids on Saturday. The Moose and Wild split their previous two games back in Winnipeg to open the new year. Coverage of tonight’s game on CJOB.com/sports, AHLTV and the Manitoba Moose App gets going at 6:45 p.m. CT.

The Moose lineup continues to see plenty of changes throughout the team’s current road trip. The latest moves saw forwards Austin Poganski and Mikey Eyssimont, along with goaltender Arvid Holm, join the Winnipeg Jets taxi squad. Meanwhile, the Jets reassigned defenceman Declan Chisholm to the Moose, after Chisholm made his NHL debut on Jan. 13. The Moose also announced the team signed forward Tyler Boland to a two-year contract on Monday. Boland posted 129 points (52G, 77A) in 105 career Canadian USports games, and is a former 100-point scorer in the QMJHL. Finally, the club released defenceman Chris Martenet from a professional tryout after Martenet played three games with the Moose.

The Moose became the fourth team in the AHL to reach the 20-win mark on Saturday. Manitoba recorded its 20th victory in the 32nd game of the season. That’s the second-fastest the team has hit the benchmark since returning to Winnipeg for the 2015-16 season. The quickest team to 20 victories was the 2017-18 edition of the club that pulled it off in just 28 games. The Moose rank second in the Central Division with 43 points on the season and a .672 points percentage.

Tonight’s game marks the sixth and final game of Manitoba’s road swing that started back on Jan. 6 as the team travelled down to Texas for a matchup against the Stars. Through the first five games of the swing, the Moose picked up nine of a possible 10 points with a 4-0-0-1 record. The last time the franchise recorded nine of 10 points during a five-game span on a single road trip was the 2014-15 campaign when the St. John’s IceCaps posted a 4-0-1-0 record from Feb. 20-25, 2015 to start a seven-game road swing on which the team finished 5-1-1-0. The last time the franchise recorded points in five consecutive road games was during the 2017-18 season when the Moose posted a streak of 5-0-0-1 from Jan. 24-Feb. 6, 2018 as part of two trips split by the AHL All-Star Classic.

The seven games of Manitoba’s point streak have been split between Evan Cormier (5GP), Mikhail Berdin (1GP) and Arvid Holm (1GP). In his first five starts wearing antlers, Cormier holds a 3-0-1-1 record supported by a 2.13 goals-against average and a .927 save percentage. Meanwhile, Mikhail Berdin dropped by to record a 24-save shutout in Milwaukee on Jan. 12 and Arvid Holm made 27 saves on 28 shots in Saturday’s 2-1 shootout victory. Combined, the goaltenders have a 1.66 goals-against average to go with a .940 save percentage.

Defenceman Leon Gawanke was key factor in Saturday’s game, logging over 30 minutes of ice time while providing the only Moose goal scored in regulation. Gawanke’s fifth goal of the season, along with 13 assists, brings him to a Moose defence-leading 18 points in 29 games. Gawanke was a fifth round pick of the Winnipeg Jets in the 2017 NHL Entry Draft.