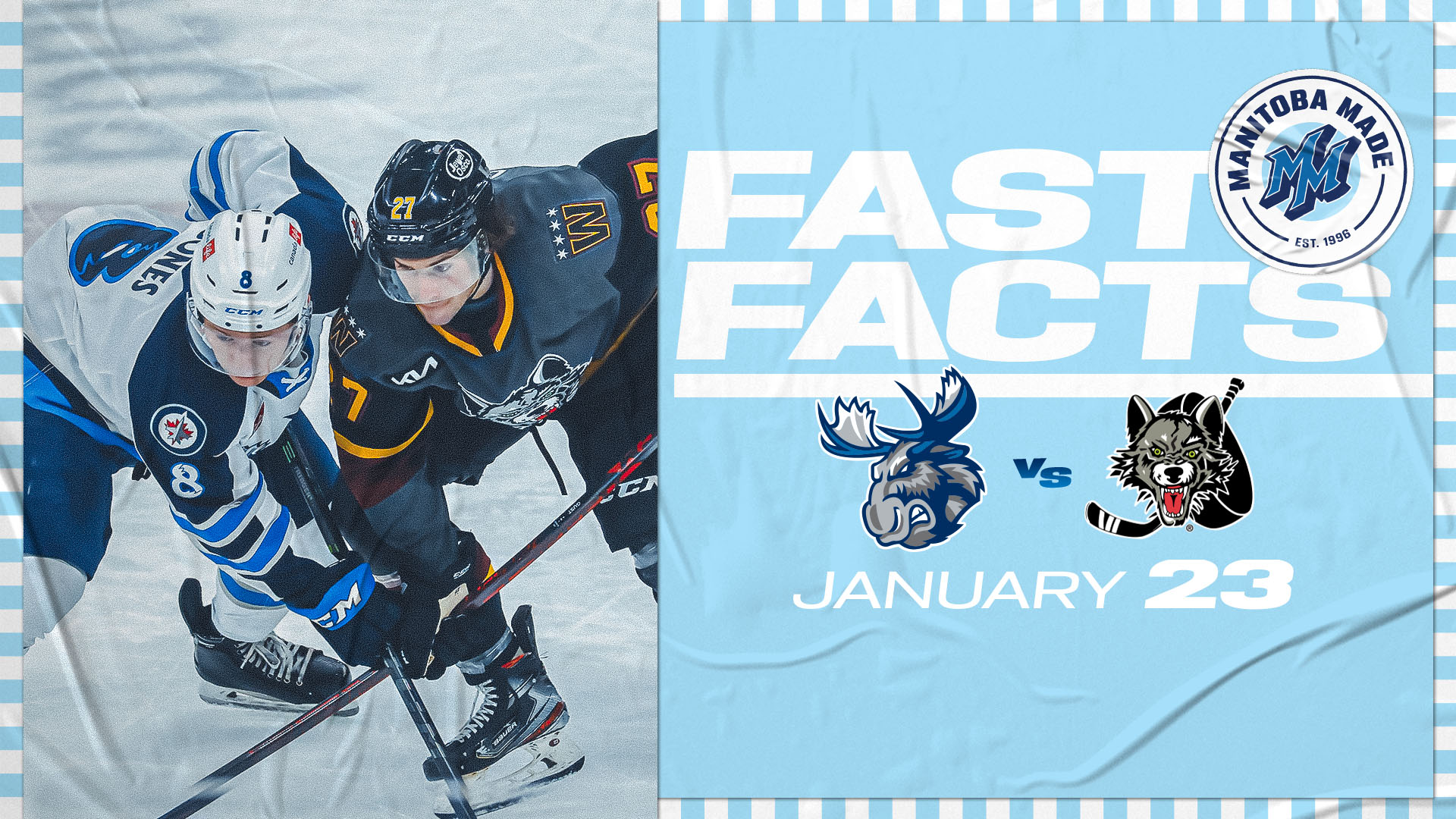 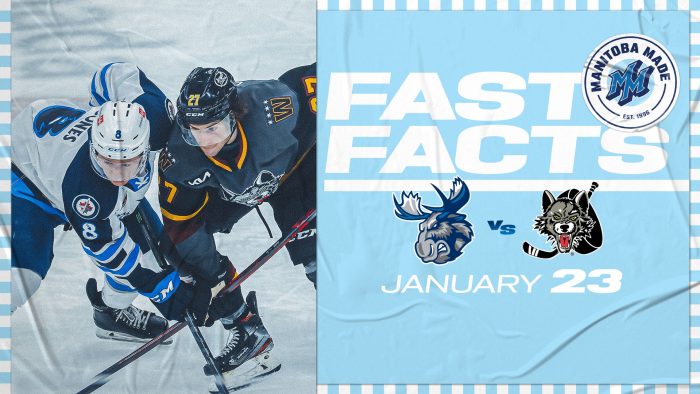 The Moose try to make it two in a row over the league-leading Chicago Wolves today at Canada Life Centre. Manitoba rebounded from surrendering a late, tying goal to win 4-3 in overtime yesterday. The two teams do battle again this afternoon with puck drop scheduled for 2 p.m. CT. Extremely limited tickets for today’s game are available at MooseHockey.com in accordance with public health orders. Coverage of the rematch gets going at 1:45 p.m. CT on CJOB.com/sports, AHLTV and the Manitoba Moose App.

Evan Polei tallied the overtime winner in yesterday’s contest. Polei’s fourth marker of the season was the first overtime goal of Polei’s career. The extra-time tally was also his first game-winning strike of the campaign and fourth of his career. Polei is up to eight points (4G, 4A) on the season and has goals in two of his last four games to go with nine shots on goal. The Wetaskiwin, Alta. product’s next time on the ice will be the 150th AHL contest of his career. Polei has 47 points (21G, 26A) to go with 277 penalty minutes in his AHL career.

Forward Bobby Lynch stepped into top line minutes on yesterday against the Chicago Wolves and didn’t disappoint with a pair of first period tallies. The pair of goals  were pivotal in a 4-3 Moose overtime victory and served as the first multi-goal game of Lynch’s AHL career. Lynch’s last multi-point AHL game came against the Stockton Heat on April. 29/21 where he registered a goal and an assist in a 2-1 Moose overtime victory. Lynch is up to four points (2G, 2A) in 13 games with Manitoba this season. His career-high came last season with the Moose where he recorded eight points (4G, 4A) in 27 games.

Haralds Egle is racking up points this week. The forward, who is currently in his second AHL season, has recorded four points (1G, 3A) in his past two games. Egle, who is coming off a three-point (1G, 2A) game against Iowa, registered an assist on Bobby Lynch’s first goal of the season in the Moose overtime victory. Egle is now up to eight points (3G, 5A) in 17 games and is tied for the Moose lead in the month of January with five points (2G, 3A). He also leads Moose skaters this month with a plus-six rating, including a plus-five rating his past two games.

The Moose are getting very familiar with the pressures of overtime. The club has gone beyond regulation in three of their last four contests. Manitoba came away with a record of 2-1-1 during that span. Prior to Evan Polei’s winner yesterday, the Moose last captured an overtime victory on Nov. 10 in Milwaukee. Leon Gawanke tied the game in the third, before scoring in the final minute of the extra frame. Overall, the Moose have been past regulation seven times this season, adding two shootout victories for a 4-2-1 record after 60 minutes.

Forward Thomas Caron recorded a goal in the Moose overtime win against the Wolves yesterday. Caron’s second goal of the season, along with one assist, brings him to three points through 20 games in his first professional season. The forward starred for the QMJHL’s Quebec Remparts and recorded 72 points (31G, 41A) over the course of 146 games.