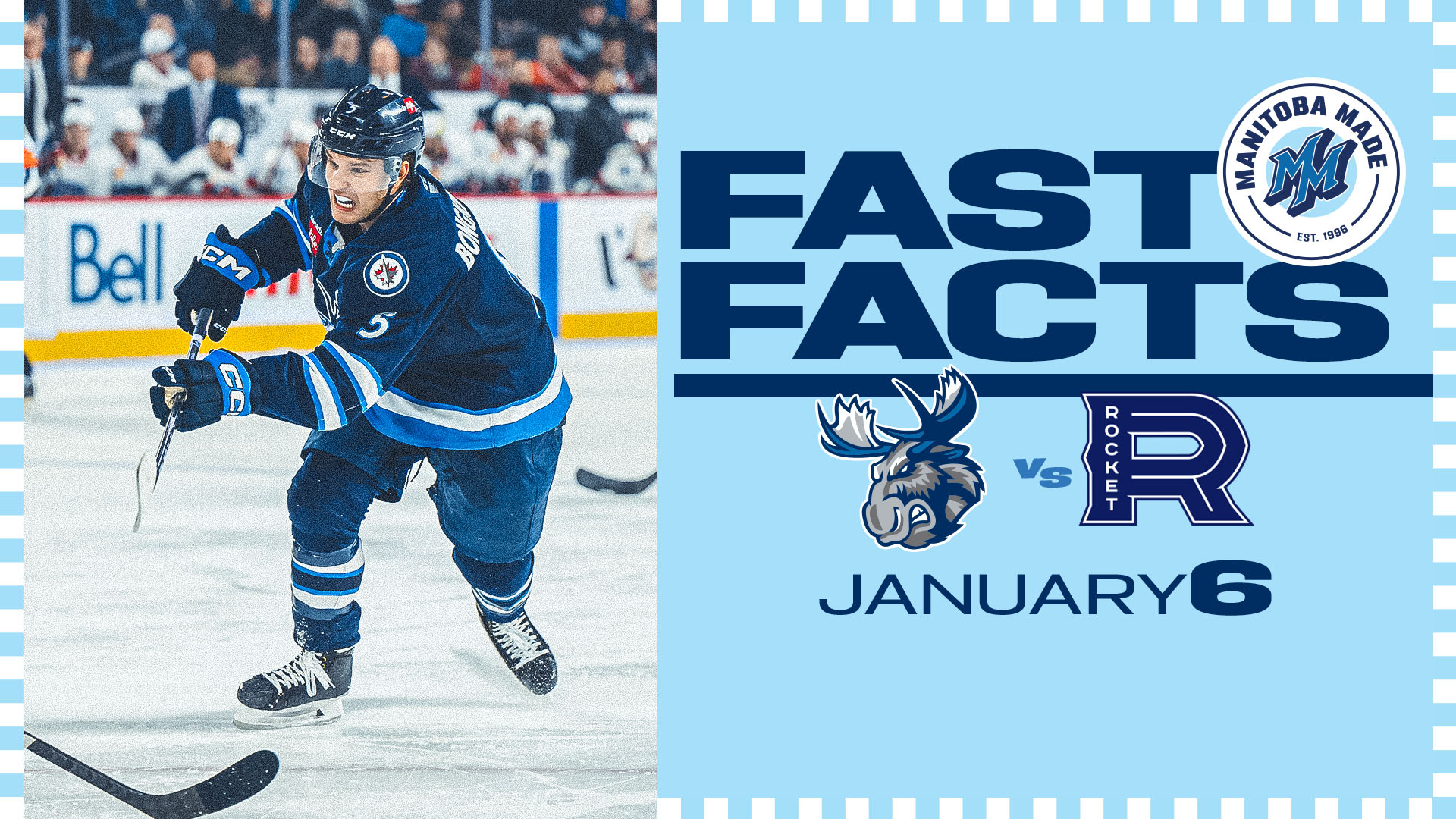 The Manitoba Moose seek a return to the win column following a third straight loss on Wednesday. The Moose dropped a 6-3 decision to the Laval Rocket, marking the team’s first three-game losing streak this season. Coverage of tonight’s 6 p.m. CT matchup gets rolling at 5:45 p.m. CT on CJOB.com/sports, the Winnipeg Jets App and AHLTV.

The Winnipeg Jets reassigned Jansen Harkins to Manitoba on Tuesday. The forward, who re-signed a two-year contract with Winnipeg in 2022, tallied a point in every game he played for the Moose this season. Harkins has nine points (5G, 4A) in six AHL contests, with three of those games turning into multi-point outings. That streak is the forward’s second longest of his career, trailing only the 10-game mark he put together during 2019-20 which saw him contribute 18 points (3G, 15A). Manitoba is 5-1-0-0 with Harkins in the lineup this season.

Joseph Nardi, who made his AHL debut on Wednesday, scored his first AHL goal in the loss. The forward, who was inked to a one-year contract with Manitoba in 2022, finished out the contest with a goal, two shots and a plus-one rating. The Edmonton, Alta. product got his first taste of professional hockey earlier this season with the ECHL’s Toledo Walleye, where he tallied 19 points (3G, 16A) in 27 games prior to his recall. That mark is good for fourth on the Walleye in scoring and for 19th overall among ECHL rookies.

Wyatt Bongiovanni sniped a power play marker and recorded an assist in Manitoba’s Wednesday defeat. The two points represent the forward’s first AHL multi-point outing, as well as the first professional assist of Bongiovanni’s career. The forward, who signed a two-year entry-level contract with Winnipeg in 2022, is now up to seven points (6G, 1A) in 26 games on the campaign. Of Bongiovanni’s six goals, two have come on the man-advantage. The forward sits third in Moose rookie scoring and one point off the lead among the group.

Evan Polei notched a pair of points (1G, 1A) in Manitoba’s loss against Laval. With the two-point effort, Polei now has five multi-point contests under his belt, which matches the career-high he set last season over 62 games. In addition, the forward’s power play goal was his first since Feb. 9/18 when he was a member of the Bakersfield Condors. Polei has tallied seven points (3G, 4A) over his past five games. The recent offensive outburst brings Polei up to 14 points (6G, 8A) through his first 27 games of the season. At the 27-game mark of the 2021-22 season, Polei had tallied seven points (3G, 4A). The Wetaskiwin, Alta. product went on to post a career-high 23 points (11G, 12A) in 62 games, good for a 0.37 points per game average. Currently Polei is operating at a 0.52 points per game average.

Dean Stewart recorded a power play assist in Manitoba’s recent loss. The defenceman, a seventh round pick of Arizona in 2016, has tallied two assists his past three contests. Stewart now sits with eight points (1G, 7A) in 24 contests and is one point away from tying his rookie totals from 2021-22. Stewart is tied for first among rookie Moose skaters in points.