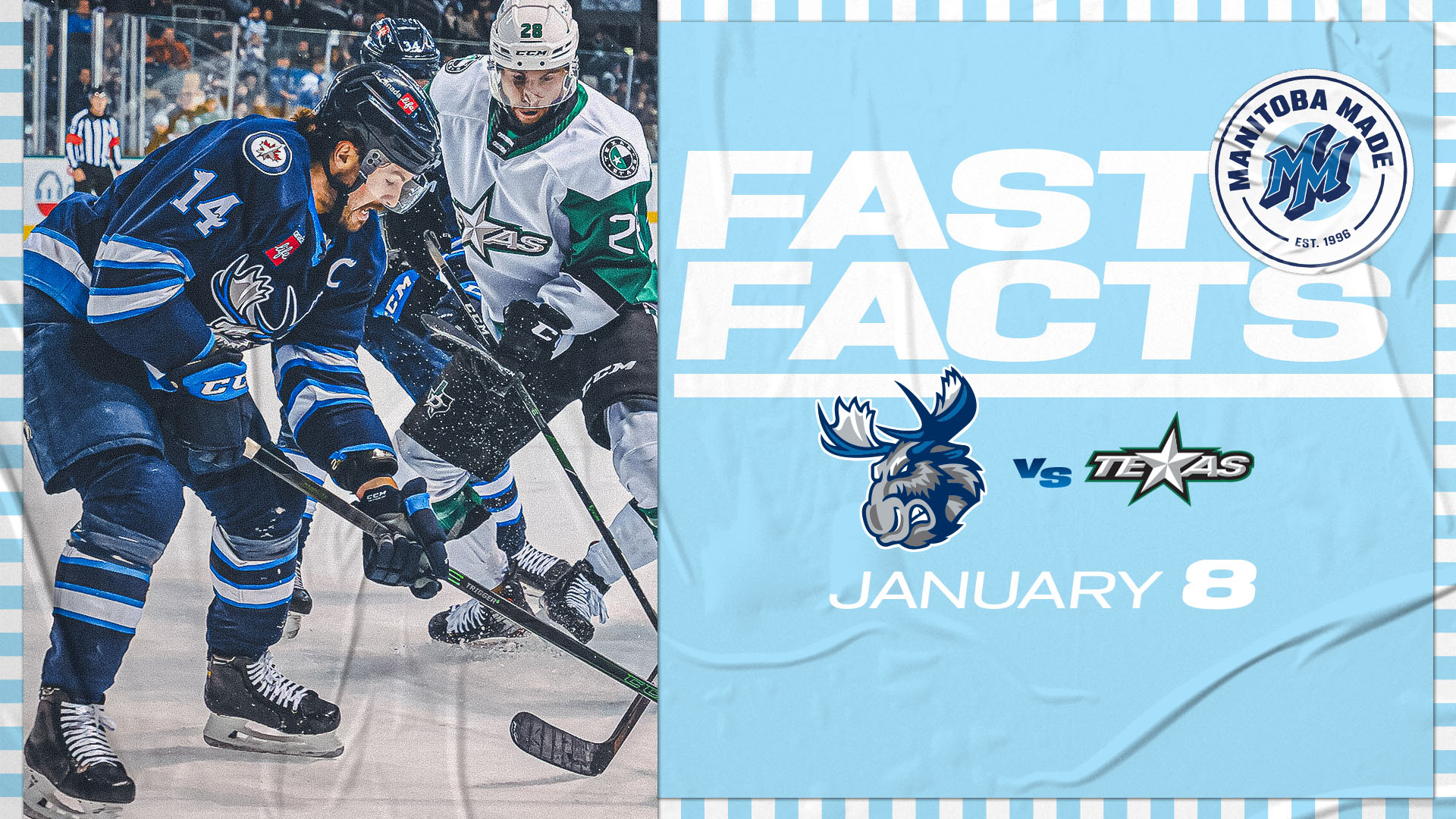 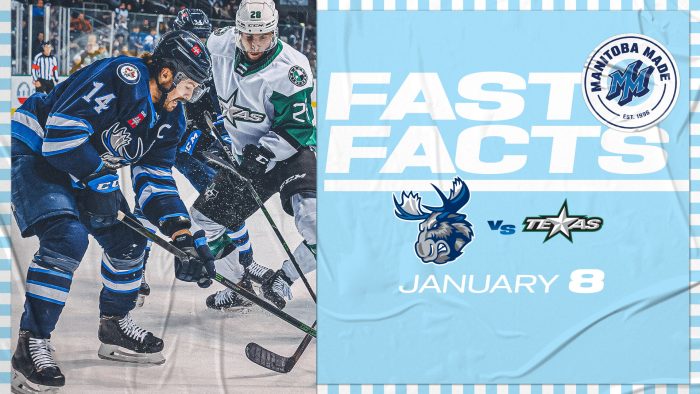 The Moose try to make it two in a row tonight over the Stars. The teams rematch tonight after Manitoba defeated Texas 4-1 at H-E-B Center last night. The Moose played short one skater due to players entering COVID-19 protocol prior to the game. Evan Cormier and Austin Poganski led the way as Manitoba grabbed a points for the third straight contest. Coverage of tonight’s game gets going at 6:45 p.m. on CJOB.com/sports, the Manitoba Moose App and AHLTV.

Goaltender Evan Cormier has been an absolute dynamo in his three starts for the Moose over the past week. The netminder spent a total of 185 minutes in the Moose crease and has a record of 2-0-1 thus far. The Bowmanville, Ont. product has a goals-against average of 1.30 and a save percentage of .956. Cormier stopped 34 of 35 shots he faced against Texas last night and propelled his squad to victory in the process. Since joining the Moose, Cormier has stopped 86 of the 90 total shots he has faced.

Guess Who’s Back? Back Again!

Forward Luke Johnson made his return to the Moose lineup last night for his first taste of game action since Sunday, Oct. 24 against the Grand Rapids Griffins. The Grand Forks, N.D. product recorded two points (1G, 1A) through the first five games prior to his injury. Johnson wasted no time in returning to form as he recorded the primary assist on Austin Poganski’s opening goal of the game in the first period. Johnson finished the contest with one assist, two penalty minutes, two shots and a plus-one rating.

Forward Greg Meireles is currently in the midst of his first full AHL season. The forward has settled into a pivot role with the Moose and has recorded 12 points (2G, 10A) through 26 games this season. The Ottawa, Ont. product is riding a two-game point streak that has seen him record assists in both contests. The forward spent last season with the Greenville Swamp Rabbits in the ECHL where he recorded 24 points (10G, 14A) in 31 games. He also earned a call to the AHL and suited up in three games for the Syracuse Crunch. Meireles leads Moose rookies in scoring and is tied for 31st among the league’s first-year skaters.

Forward Nicholas Jones is up to seven points (3G, 4A) in 17 games this season and plays a key role in locking down games. In the Moose win over the Stars on Friday, Jones made the pivotal late play and gave Manitoba some much needed breathing room with shorthanded tally into an empty net. The Edmonton, Alta. product has five of his seven points in the past six games with a goal and four assists. Jones is currently in his second season with the Moose and has already surpassed his goal total from last season. His AHL career-high game in 2019-20 when he recorded 19 points (9G, 10A) in 61 games with the Hartford Wolf Pack.

Forward Austin Poganski recorded two goals in the win over Texas on Friday. It was Poganski’s first multi-goal game of the season. He has 18 points (6G, 12A) in 28 games, which leads the Moose. Poganski’s six goals are four off his career-high from 2019-20. The St. Cloud, Minn product’s career high is 31 points (9G, 22A) in 59 games with San Antonio.