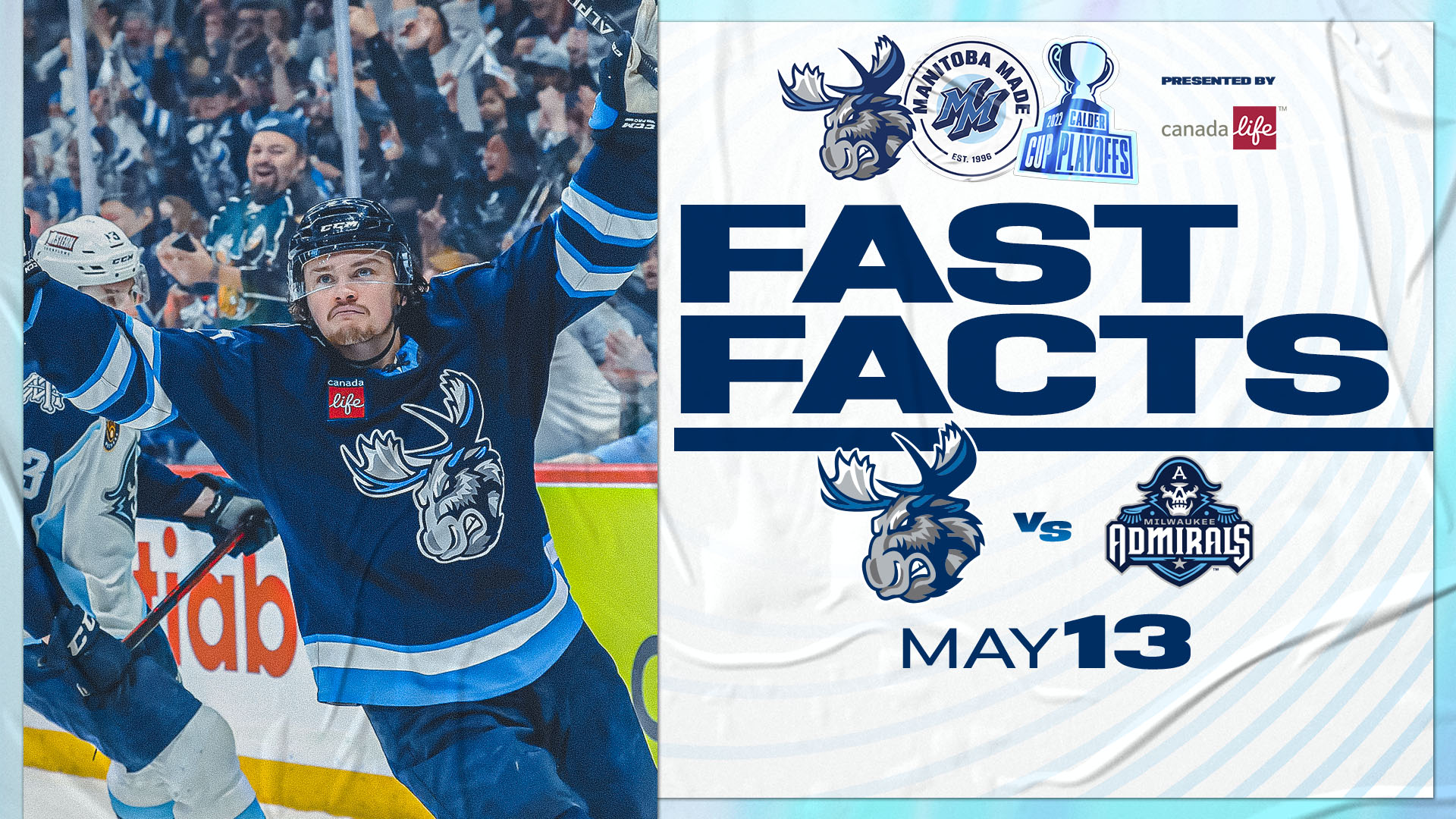 The Moose held off elimination on Wednesday with a 5-2 win over the Admirals. Now they seek to tie the series with another home ice victory. Five different goal-scorers struck in the final 40 minutes of Game 3 to bring the Moose back from the brink, trailing 2-0 in the series and 2-0 in the game. There’s still no margin for error as Manitoba faces its second elimination game of the week. Tickets for tonight’s 7 p.m. CT matchup are available at MooseHockey.com/TICKETS. Coverage of this evening’s tilt begins at 6:30 p.m. CT on 680 CJOB, AHLTV and the Manitoba Moose App. The game will also be broadcast on TSN3 and TSN.ca starting just before puck drop.

First of the Playoffs

Luke Johnson scored a third period goal to ice the contest in Wednesday night’s win over Milwaukee. The forward’s goal was his first point of the 2022 Calder Cup Playoffs and capped off a five-goal night from the home side for their first game of the series at Canada Life Centre. Johnson is the most experienced playoff performer on the current iteration of the Moose and has nine points (5G, 4A) in 15 post-season games split between Manitoba and the Rockford IceHogs. The forward  also has a plus-seven rating over the course of his playoff career.

With Manitoba needing a win to keep its season alive on Wednesday night, the Moose special teams came through in a big way. The Moose were granted four power plays in Game 3 and turned those opportunities into a pair of second period tallies, including Leon Gawanke’s eventual game-winner. The penalty kill was put to the test in the form of seven Admirals power plays, but held firm and kept Milwaukee off the board on the man advantage. Entering the fourth game of the series on Friday, the Moose power play is now clicking at 20.0 percent, with the penalty kill humming along at 90.0 percent.

The Moose were a regular season team that utilized a balanced approach to scoring. The trend continued into Game 3, with five different Manitoba skaters lighting the lamp against Milwaukee. Morgan Barron netted his second goal in as many games, with Jeff Malott and Leon Gawanke each scoring their first Calder Cup Playoffs goal in the middle frame. Nicholas Jones and Luke Johnson added their first tallies of the series, with Ville Heinola, David Gustafsson, Jimmy Oligny, and Bobby Lynch all contributing a helper over the contest for their first official Calder Cup Playoff point. 12 different Moose have tallied at least one point in the three games.

Manitoba has played some of its best hockey in the second period of the three games this series. In terms of goal scoring, the Moose have outscored the Admirals 4-2 in the middle frame. The Moose broke out with a three-goal outburst in the second period of Wednesday’s home-ice win. In terms of shots, the Moose used the second frame to their advantage and racked up 53 shots for while allowing just 18 shots against. The Moose held the Admirals under 10 shots in the middle stanza to this point of the Central Division Semifinals.

Leon Gawanke recorded two points (1G, 1A) in Manitoba’s Game 3 win over Milwaukee. The defenceman scored his first of the playoffs on a second period power play and has now tallied four points (1G, 3A) in three contests. Gawanke is currently one point off the team-lead and is tied with partner Declan Chisholm with a plus-five rating through the  series.