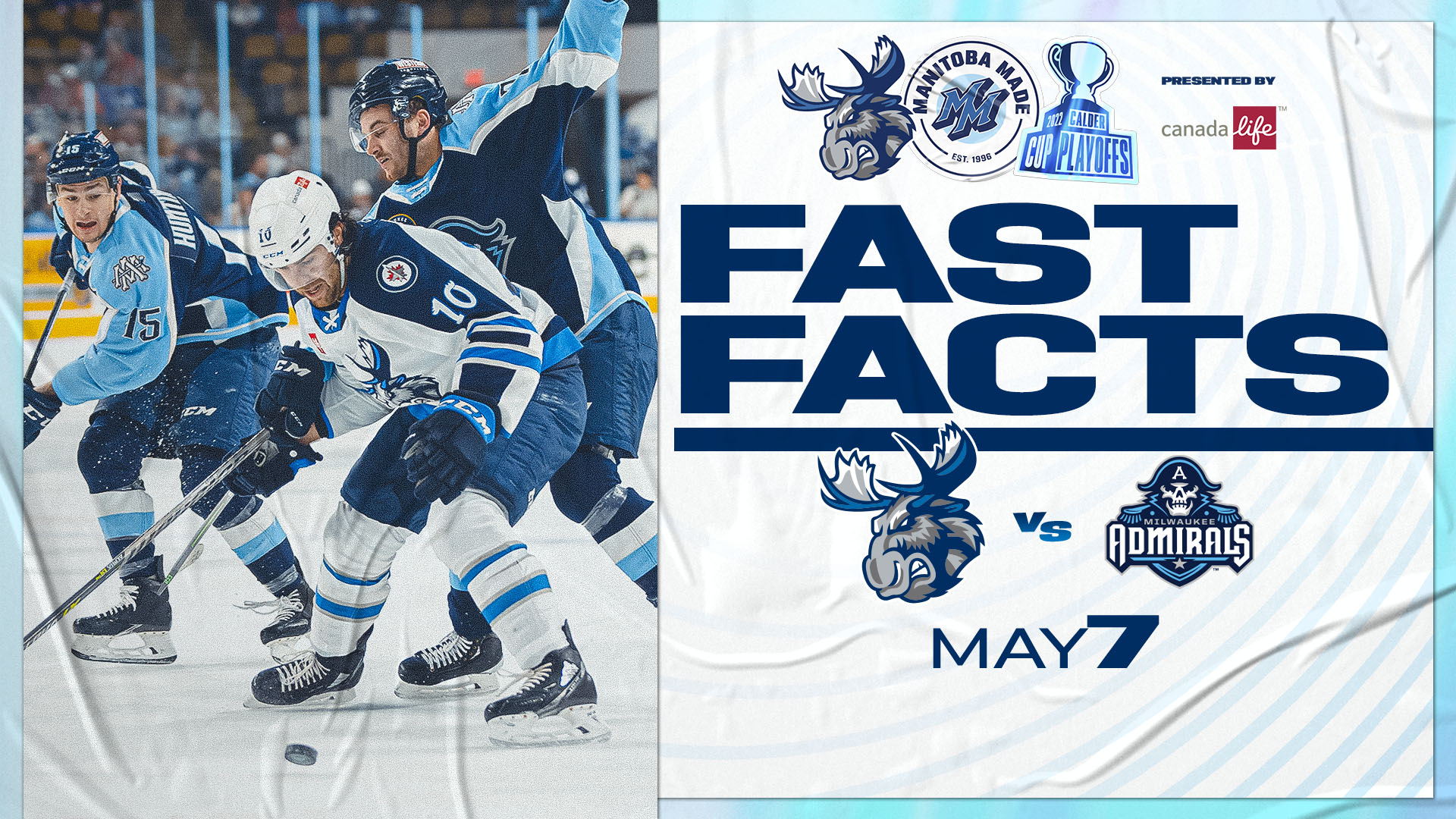 The Moose try to earn a split on the road tonight in Milwaukee. Manitoba dropped Game 1 by a 3-2 score despite outshooting Milwaukee by a 42-21 count. Devin Cooley was the difference, turning aside 40 Moose shots to lead the Admirals to victory. Coverage of tonight’s 6 p.m. CT contest on 680 CJOB, AHLTV and the Manitoba Moose App gets going at 5:30 p.m. CT.

The Moose recorded a whopping 42 shots on goal in last night’s Game 1 loss. Manitoba was 8-2-0-1 during the regular season when recording 40 or more shots on goal and only recorded less than three goals once in that situation. Jeff Malott led the Moose with eight shots on goal, the most in a single game during the forward’s career. Between Malott’s eight shots and Ville Heinola and Leon Gawanke’s six each, the trio of Moose combined for one less shot than the entire Admirals lineup last night. Malott ranked second on the Moose with 166 shots during the regular season, while Gawanke was fourth and Heinola was sixth.

C.J. Suess scored the first Moose goal of the post-season last night. The forward carried his goal-scoring ways from the regular season where Suess finished the campaign with tallies in three straight games. The Forest Lake, Minn. product racked up five goals during that stretch. Yesterday’s goal was Suess’ first Calder Cup Playoffs tally, coming in his fourth professional playoff game. The fifth round pick of the Winnipeg Jets previously got into three playoff games with the Moose in 2018, recording an assist along the way.

Bringing it from Bowmanville

Declan Chisholm was named the game’s third star following a two-point outing in his Calder Cup Playoffs debut. The defenceman recorded the primary assist on C.J. Suess’ goal and scored early in the third period. It’s no surprise the Bowmanville, Ont. product checked in with a pair of primary points. Chisholm recorded 22 of his 30 points during the regular season as a goal (9) or primary assist (13). Chisholm notched seven multi-point games during the regular season.

It’s Been A While

Last night’s game was the first post-season meeting between the Moose and Admirals since April 21/99. Manitoba claimed a 4-3 overtime victory courtesy of a Bill Bowler winner in the extra frame. That completed Manitoba’s two-game sweep of a best-of-three set in the AHL playoffs. A total of 8,416 days later, the teams met for the first time in Calder Cup Playoffs. With Milwaukee claiming a 3-2 victory, all three post-season games between the teams have been decided by one goal.

Cole Maier recorded a third period assist in Manitoba’s 3-2 loss yesterday evening. The forward has points in four straight games played with five points (1G, 4A) in that span. Maier was recently named the Moose 2021-22 Most Valuable Player after a season that saw him record 37 points (17G, 20A) in 68 games. He serves as an alternate captain for the team.