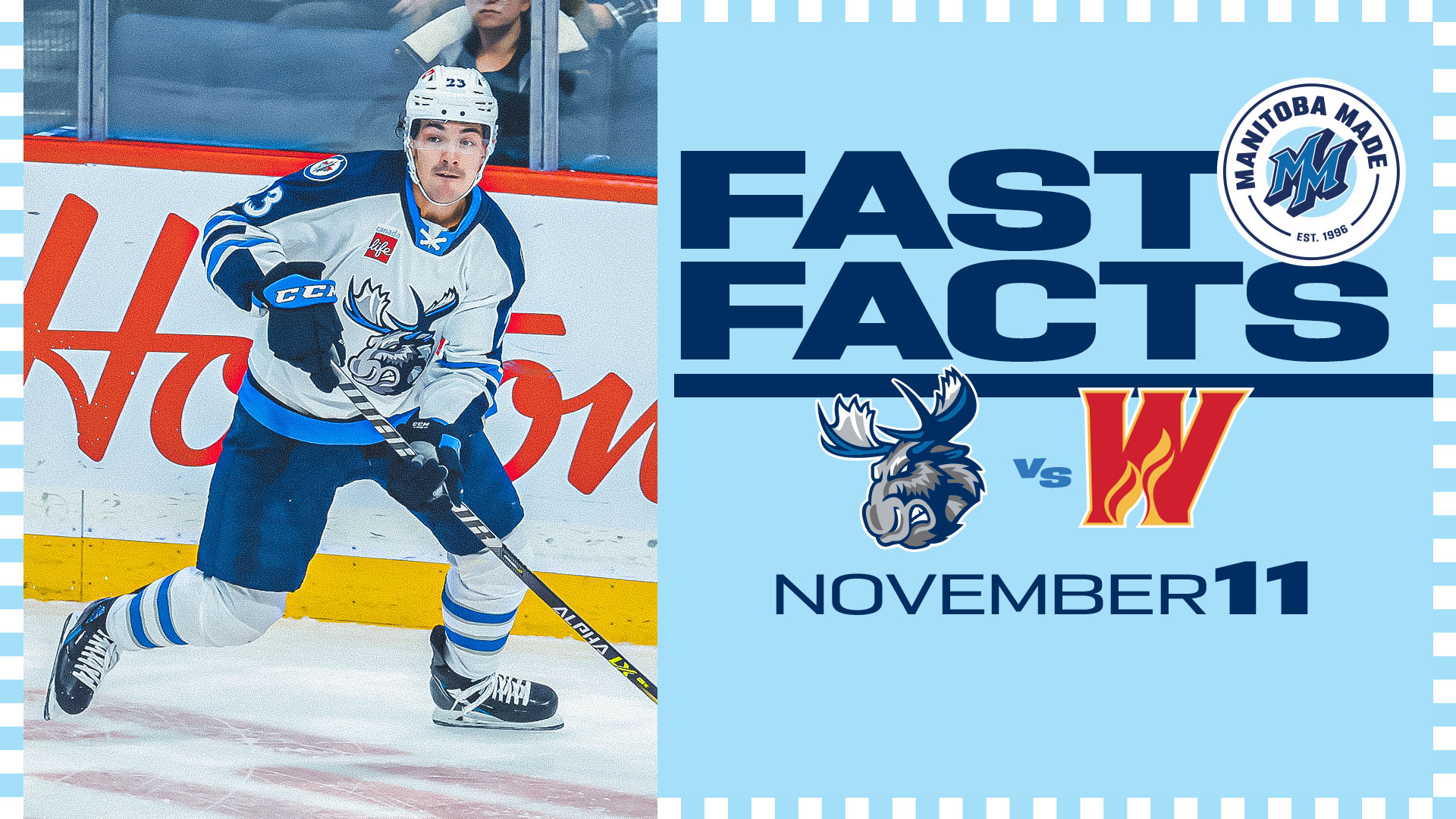 It’s the final weekend of a six-game home stand for the Manitoba Moose. The team closes things out against a new opponent in the Calgary Wranglers. The newly relocated affiliate of the Calgary Flames are in town for the first time since visiting as the Stockton Heat during the 2020-21 campaign. The Moose are coming off a 2-1 overtime win against Texas on Sunday and can clamber back into first in the Central Division with a win and some help. The Wranglers are on a roll, having won three straight games to close out a home stand of their own.

It’s the Soccer Game tonight at Canada Life Centre, so be sure to represent your favourite club or international squad. The first 3,000 fans through the doors receive a Moose Soccer Scarf and there is a post-game autograph alley. Click here to view the participating players. Tickets for tonight’s 6 p.m. matchup are available at MooseHockey.com/TICKETS.

Alex Limoges scored twice in Manitoba’s Sunday overtime win against Texas. The forward, who entered the contest with five assists, scored his first of the season in the middle stanza before potting the eventual overtime winner. Limoges has seven points (2G, 5A) through his first six games in antlers, with the two-goal game representing his second multi-point contest of the season. The overtime-winning goal also represented the first career extra time winner of Limoges’ professional career. The Winchester, Vir. native is third on the Moose in scoring and has an 18.2% shooting percentage.

Mikey Eyssimont was credited with an assist on the Alex Limoges overtime winner on Sunday. With the point, the forward is now tied for first on the Moose in scoring with nine points (2G, 7A) through nine games. In addition to leading in scoring, Eyssimont’s seven helpers and plus-eight rating are tops on the team one month into the 2022-23 season.  The 2016 fifth round pick of Los Angeles is a high-volume shooter also leads the antlered ones with 33 shots on goal. The forward was tops on the Moose in scoring during the 2021-22 campaign and tallied 42 points (18G, 24A) in 58 games.

New Kids on the Block

Today’s game marks the first time the Manitoba Moose face the Calgary Wranglers in AHL action. The two teams meet twice over the weekend and four times total over the course of season. It’s also the first time this season both the Moose and Wranglers meet a fellow Canadian opponent. Despite not playing Calgary before, there is some familiarity with the opponent, as the Wranglers were formerly the Stockton Heat. The Moose last grappled with the Heat during the 2020-21 COVID-19 shortened season, with Manitoba emerging with a record of 5-1-2-1 over the nine games. Overall, the Moose posted a 12-3-4-2 record in 21 matchups against the Heat.

Kevin Stenlund has played 149 AHL contests in his career. The forward, who was signed a one-year, two-way contract with the Winnipeg Jets this summer, has put together six points (3G, 3A) through his first eight games in antlers. Over his AHL career, the Stockholm, Sweden native has suited up for both the Moose and Cleveland Monsters and has recorded 76 points (32G, 44A) in 149 contests. Stenlund has also appeared in 71 NHL games with the Columbus Blue Jackets and has tallied 20 points (11G, 9A) in those contests.

Oskari Salminen recorded his fourth win of the season on Sunday afternoon. The netminder made 32 saves on 33 shots for the victory. It was the third time in the six appearances Salminen was called upon to make 30-plus stops. The goaltender has a 4-1-0 record to go along with a 1.93 goals-against average and a .928 save percentage.