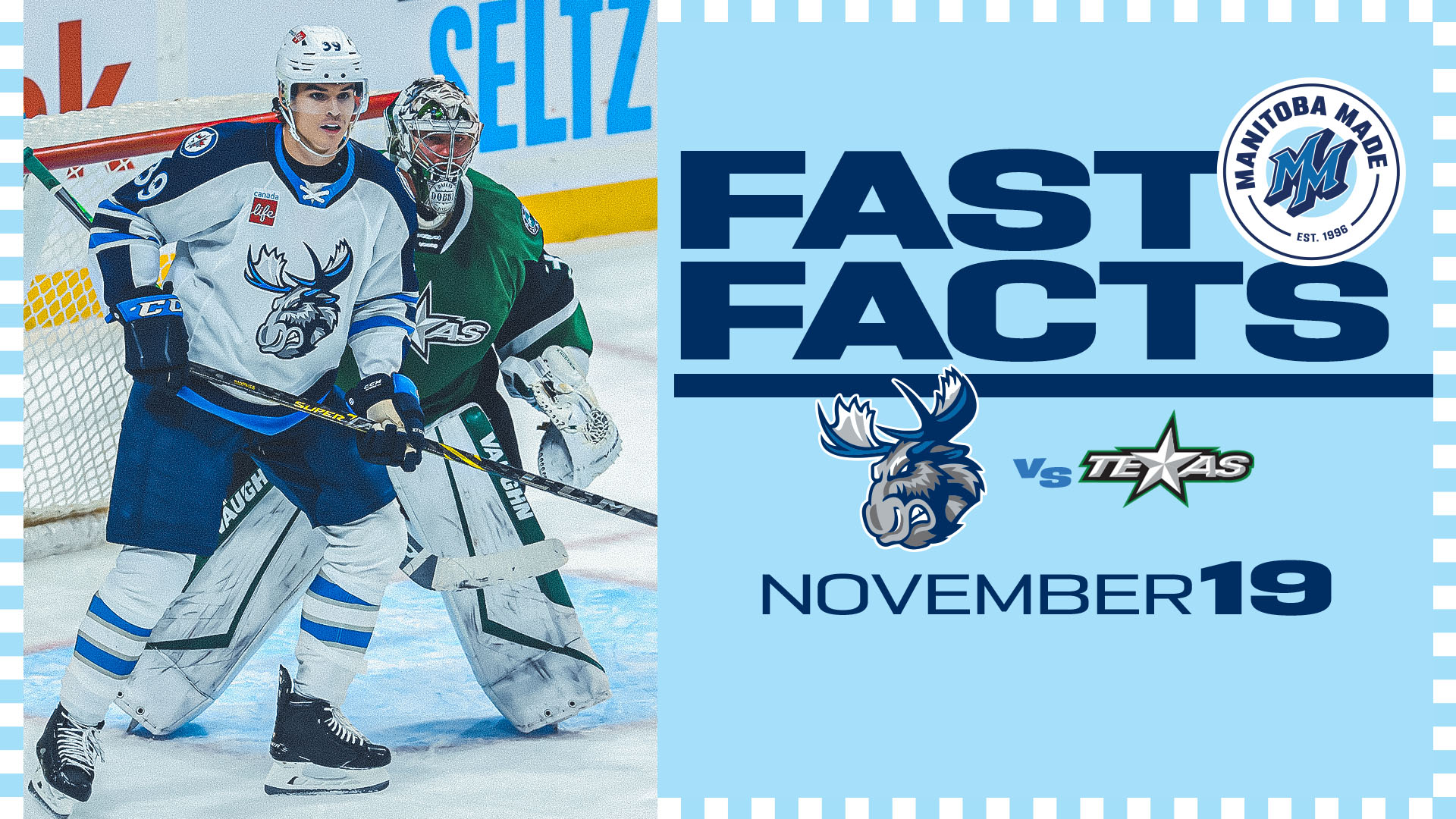 The Manitoba Moose try to bounce back from a frustrating 6-5 overtime loss to the Texas Stars tonight. The clubs face off in a rematch of yesterday’s wild contest that saw four lead changes and four goals scored in the final two minutes of regulation. Despite the loss, the Moose have recorded a point in all four of their road games this season. Coverage of this evening’s tilt gets going at 6:45 p.m. CT on cjob.com/sports, the Winnipeg Jets App and AHLTV.

Jeff Malott scored twice and added an assist in Manitoba’s overtime loss yesterday evening. The forward, who was signed to a two-year, contract with Winnipeg this summer, recorded the second three-point game of his AHL career. His first, which also consisted of three points by way of two goals and one assist, came on March 6/21 when Manitoba visited Belleville. Malott is now up to seven points (5G, 2A) in 11 games this season and has also registered a plus-three rating. The three-point game also represents the forward’s first multi-point outing of the season. Including yesterday’s contest, Malott now has 13 AHL multi-point games under his belt.

Debut in the Books

Simon Kubicek drew into the Moose lineup Friday evening for his AHL debut. Kubicek received this first taste of the North American professional game this season when he suited up for the ECHL’s Newfoundland Growlers. The defender put together five points (2G, 3A) and a plus-four rating through 12 contests before being recalled to Manitoba. The Jindrichuv Hradec, Czechia product also has some European professional experience under his belt and played in Czechia for HC Motor Ceske Budejovice during the 2020-21 season, posting three points (1G, 2A) in 21 games.

Kevin Stenlund registered three points (1G, 2A) in Friday nights contest against the Stars. The forward, who was inked to a one-year contract by the Winnipeg Jets this summer, now owns two AHL three-point contests over his career. The first came on Nov. 26/21 against the Toronto Marlies. The forward tallied three assists in a 5-1 Cleveland  Monsters win. The Stockholm, Sweden product now co-leads the Moose in scoring with 10 points (4G, 6A) and sits in a three-way tie for the squad power play goal lead with two. A former pick of the Columbus Blue Jackets, Stenlund has tallied 80 points (33G, 47A) in 152 AHL contests split between Cleveland and Manitoba.

The Moose have scored five or more goals in four of their 12 games this season. Of note, all four games scoring five goals have come on the road, representing every game Manitoba has played in unfriendly territory. It’s a quick start toward eclipsing the club’s 2021-22 mark of 16 games scoring five or more goals. Manitoba’s record which reaching the five-goal mark is 3-0-1-0 on the campaign. The 2021-22 record was 16-0-0-0. Prior to last night’s overtime defeat, the last time Manitoba lost a game in which the Moose scored five goals was March 8/21. The Stockton Heat claimed a 6-5 overtime victory in Winnipeg.

Alex Limoges scored a goal in Manitoba’s overtime loss on Friday. The forward now co-leads the team with 10 points (3G, 7A) in nine games played this season. Limoges also ranks second on the squad with a plus-eight rating. The forward, who is closing in on 100 AHL contests, has tallied 71 points (37G, 34A) in 94 games between San Diego and Manitoba.