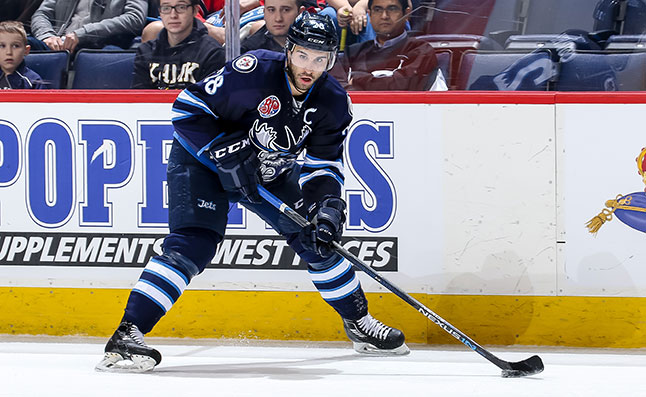 This year’s opening night roster includes 30 players, and is comprised of 18 forwards, 10 defencemen and two goaltenders.

Manitoba opens its season on the road in Grand Rapids tonight when the Moose face the defending league champion Grand Rapids Griffins at 6 p.m. CT.  Listen to the entire game live at moosehockey.com/listenlive starting at 5:45 p.m. CT.  TSN 1290 will join the action in progress.

The Moose return to Bell MTS Place for their home opener on Friday, Oct. 13 when they host the Cleveland Monsters in a 7 p.m. CT puck drop.  Tickets for the first home game of the season are available at moosehockey.com/tickets.