Berdin and Maclise Reassigned to Jacksonville 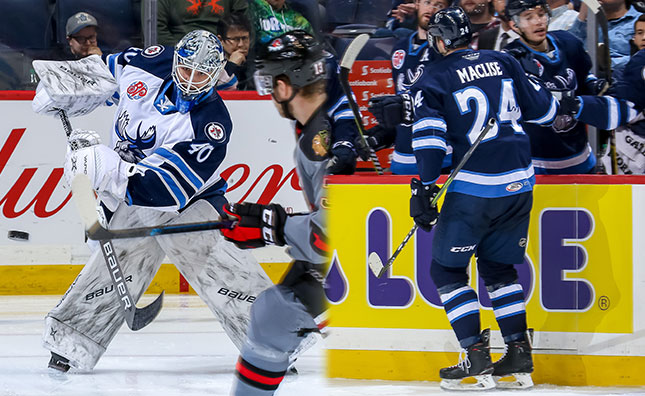 Berdin, 21, rolled out a 12-8-3 record in 23 appearances with the Moose this season.  The Ufa, Russia native’s 0.927 save percentage ranked fourth in franchise history, and set a new record for rookie goaltenders.  His 2.34 goals-against average ranks 11th in franchise history, and third among rookie goaltenders.  Berdin posted a 16-8-2 record in 28 ECHL appearances with Jacksonville during the regular season, backed by a 2.66 goals-against average and 0.912 save percentage.  He was a sixth round selection, 157th overall, of the Winnipeg Jets in the 2016 NHL Entry Draft.