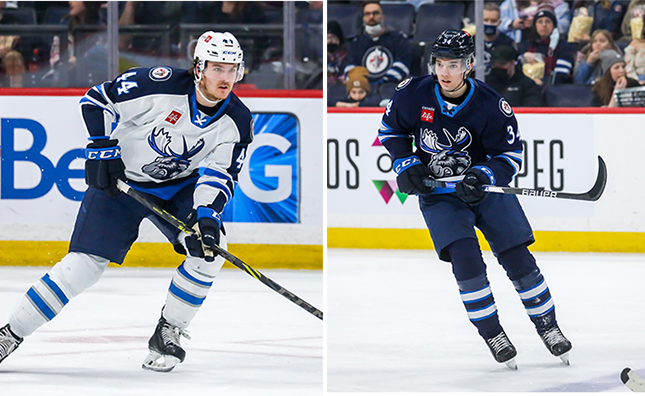 The Winnipeg Jets announced today the team recalled defenceman Dylan Samberg from the Moose on an emergency basis. Winnipeg has also reassigned defenceman Ville Heinola to the Moose.

Samberg, 23, has 12 assists in 32 games with the Moose this season. The defender recorded two assists in six games with the Winnipeg Jets. Samberg made his NHL debut on Jan. 13, posting an assist in a 3-0 Jets win in Detroit. The Hermantown, Minn. product has 64 total AHL games to his credit while tallying 19 points (1G, 18A) in his career. Samberg was a second round pick, 43rd overall, of the Jets in the 2017 NHL Draft.

The Moose rematch the Milwaukee Admirals on Friday, April 8. Puck drop is scheduled for 7:00 p.m. CT at UW-Milwaukee Panther Arena. You can also catch the game on CJOB.com/sports, the Manitoba Moose App and AHLTV.

Tickets to all Moose home games are available at MooseHockey.com/TICKETS.