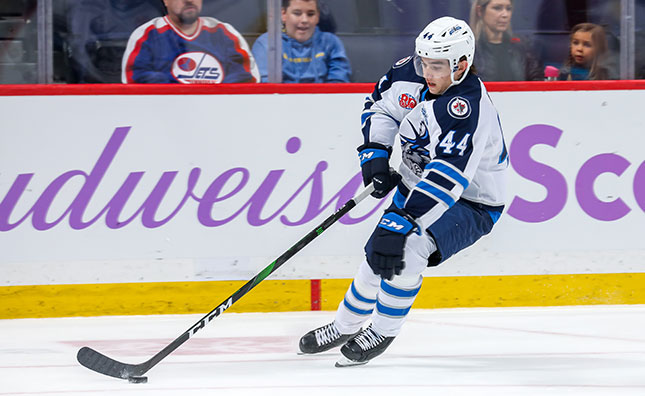 Heinola, 19, was the Jets 20th overall selection in the 2019 NHL Draft. The Honkajoki, Finland native appeared in eight games for the Jets in 2019-20, posting five points (1G, 4A), before recording one assist in three games with the Moose. Heinola then returned to Finland where he tallied seven assists in 29 games with Lukko in SM-liiga. This season, the defender racked up 14 points (1G, 13A) in 19 games with Lukko before capturing a bronze medal with Finland at the 2021 World Junior Championship. He also appeared in one game for the Jets.

Samberg, 22, was drafted by the Jets in the second round (43rd overall) in the 2017 NHL Draft and just completed his junior season with the University of Minnesota-Duluth Bulldogs. The Hermantown, Minn. native recorded his highest points (21) and assists (20) totals in 2019-20 despite playing in just 28 games. Samberg’s 20 assists were the second-most on the Bulldogs, but the early cancellation of the NCAA hockey season ended UMD’s hopes for a third straight NCAA championship.

The Moose open their 2020-21 regular season schedule against the Toronto Marlies on Monday, Feb. 15 at 6 p.m. Catch the game on CJOB.com or moosehockey.com/listenlive. You can also watch Monday’s game on AHLTV with special free preview.