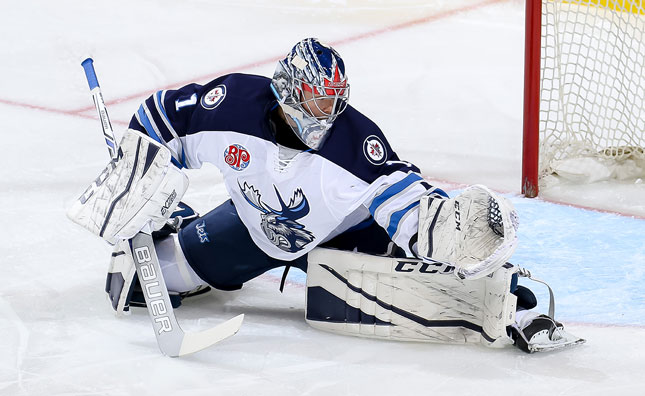 Winnipeg, MB – The Winnipeg Jets announced today the team has recalled defenceman Tucker Poolman from the Moose and reassigned goaltender Eric Comrie to the AHL club.

Poolman, 24, has played in 15 games for the Jets this season and he scored his first NHL goal on Dec. 23/17 against the New York Islanders. The product of East Grand Forks, Minnesota has also played 14 games for the Moose in his first professional season and has six points (1G, 5A) and four penalty minutes.

The Moose are in action on home ice this weekend, welcoming the Chicago Wolves to Bell MTS Place for a pair of 2 p.m. CT matchups on Saturday and Sunday.  Tickets for the matinee affairs are available at moosehockey.com/tickets.