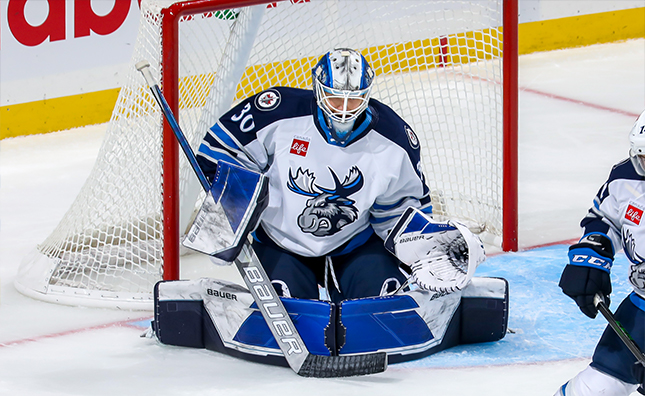 The Winnipeg Jets announced today the team reassigned goaltender Mikhail Berdin from the Taxi Squad to the Manitoba Moose.

Berdin, 23, has appeared in 16 games for the Moose this season. The netminder has a record of 9-7-0 with a 2.58 goals-against average and a .897 save percentage along with two shutouts.

The Moose take on the Milwaukee Admirals on Wednesday, Jan. 12 in the third game of a six-game road trip. Coverage on CJOB.com/sports, the Manitoba Moose Appand AHLTV begins at 6:45 p.m. CT.