Malott, Poganski and Berdin Get Call to Taxi Squad 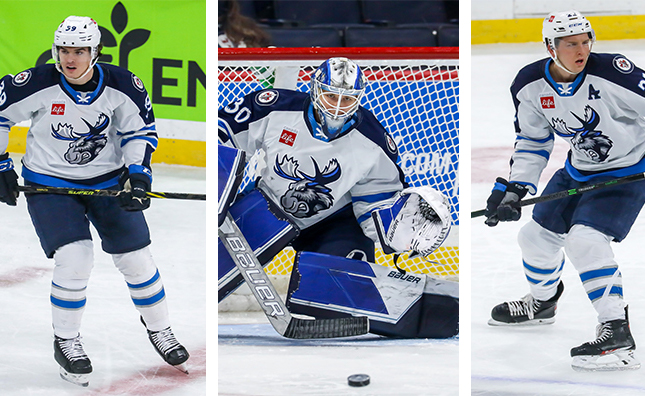 The Winnipeg Jets announced today the team reassigned forwards Jeff Malott and Austin Poganski as well as goaltender Mikhail Berdin from the Manitoba Moose to the Taxi Squad.

Poganski, 25, has recorded 20 points (7G, 13A) in 30 games with Manitoba this season. He’s the first Moose skater this season to hit the 20-point plateau and currently has four points (3G, 1A) in his last three games, all of which have been Moose road wins. Poganski was drafted by the St. Louis Blues in the fourth round of the 2014 NHL Entry Draft.

Berdin, 23, has appeared in 17 games for the Moose this season. The netminder has a record of 10-7-0 with a 2.43 goals-against average and a .902 save percentage along with three shutouts, which is a new career-high. Berdin was drafted by the Winnipeg Jets in the sixth round in the 2016 NHL Entry Draft.

The Moose face off against the Grand Rapids Griffins on Friday, Jan. 14 in a 6 p.m. CT matchup. Tune in on CJOB.com/sports, the Manitoba Moose App or AHLTV.com.