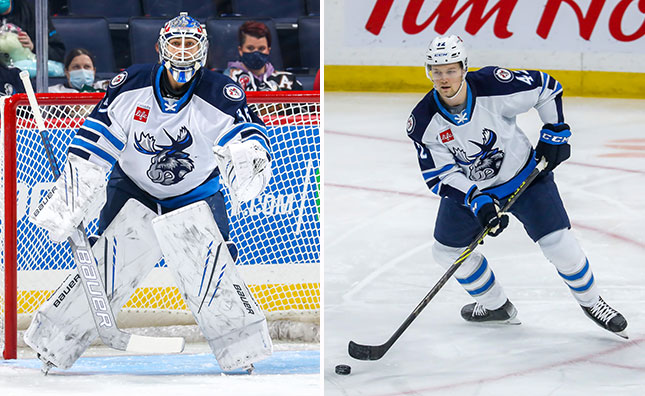 Holm, 23, holds a 5-2-1 record in eight games with the Moose this season. The Ljungby, Sweden product is in the midst of his first AHL season and has recorded a 2.23 goals-against average to go along with a .900 save percentage. The netminder also registered his first AHL shutout on Dec. 5 in Belleville. Holm was a sixth round selection, 167th overall, of the Jets in the 2017 NHL Draft.