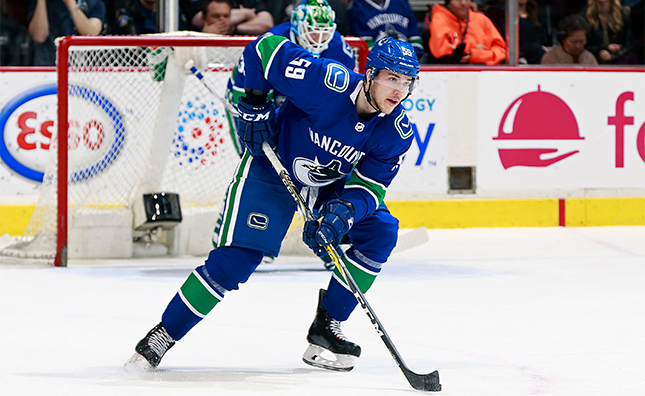 The Manitoba Moose Hockey Club announced today the team has entered a loan agreement with the Vancouver Canucks. As part of the agreement, the Canucks have loaned forward Tyler Graovac, defenceman Ashton Sautner and goaltender Arturs Silovs to the Moose.

Graovac, 27, has appeared in a career 331 AHL games with the Iowa Wild, Hershey Bears, Stockton Heat and Utica Comets. The Brampton, Ont. product has 184 points (87G, 97A) and 141 penalty minutes in his eight campaigns. Graovac also has 11 points (9G, 2A) in 70 NHL contests with Canucks, Minnesota Wild and Washington Capitals. Graovac was originally a seventh round selection, 191st overall, of the Minnesota Wild in the 2011 NHL Draft.

Sautner, 26, tallied 12 points (1G, 11A) in 51 games with the Utica Comets during the 2019-20 season. The Flin Flon, Man. native has suited up in 240 games with Utica during his AHL career, posting 49 points (11G, 38A). Sautner has played 23 NHL games for Vancouver, recording three assists. The defenceman captured a Memorial Cup Championship with the Edmonton Oil Kings in 2014.

Silovs, 19, was a sixth round selection, 156th overall, of the Canucks in the 2019 NHL Draft. The Riga, Latvia native saw action in Europe earlier this season with HS Riga and HK Mogo, appearing in six games. During the 2019-20 season, Silovs suited up for the Barrie Colts of the OHL where he posted a 16-13-4 record supported by a 3.87 goals-against average and a 0.891 save percentage.

The American Hockey League’s regular season is scheduled to begin Feb. 5. Pending provincial government approval, the Moose are slated to participate in a division featuring the Belleville Senators, Laval Rocket and Toronto Marlies.