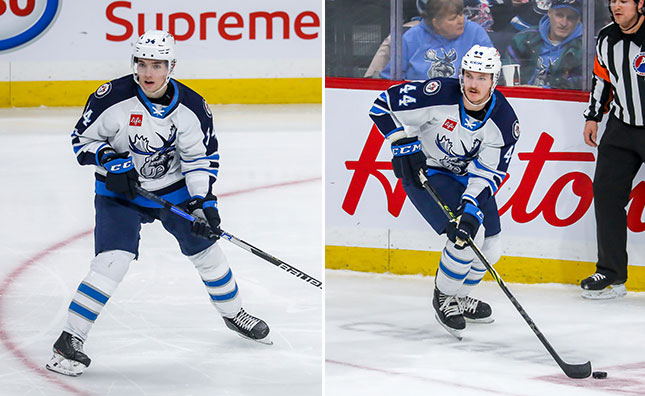 Samberg, 22, posted five assists in 16 games with Manitoba on the campaign. The Hermantown, Minn. product is in his second professional season, having played 48 games for the Moose while tallying 12 points (1G, 11A) and a plus-10 rating.

Berdin, 23, has appeared in 16 games for the Moose this season. The netminder has a record of 9-7-0 with a 2.58 goals-against average and a .897 save percentage along with two shutouts.

The Moose take on the Milwaukee Admirals on Wednesday, Jan. 12 in the third game of a six-game road trip. Coverage on CJOB.com/sports, the Manitoba Moose Appand AHLTV begins at 6:45 p.m. CT.