Lucius and Lambert Assigned to WHL 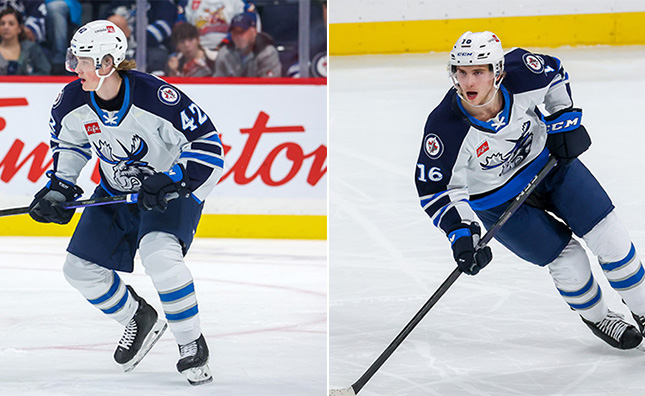 Lucius, the first round pick, 18th overall, of the Winnipeg Jets in 2021, has recorded five points (2G, 3A) in 12 AHL contests this season. Lucius scored his first professional goal in his debut with the Moose on Oct. 15 against the Rockford IceHogs. The forward suited up for Team USA at the 2022-23 IIHF World Juniors and recorded seven points (5G, 2A) in seven contests on his way to helping the team capture a bronze medal.

Lambert, who was selected in the first round, 30th overall, by the Winnipeg Jets in 2022, has tallied three points (2G, 1A) through 14 games with the Moose this season. Lambert tallied his first AHL goal Oct. 16 against the Rockford IceHogs. The forward, who appeared in five games for Finland at the IIHF World Juniors, registered one goal at the tournament.

Manitoba continues its road trip with a contest against the Toronto Marlies at Coca-Cola Coliseum on Wednesday, Jan. 11. Puck drop is slated for 6:00 p.m. CT. You can catch the game on CJOB.com/sports, the new Winnipeg Jets App, and AHLTV.