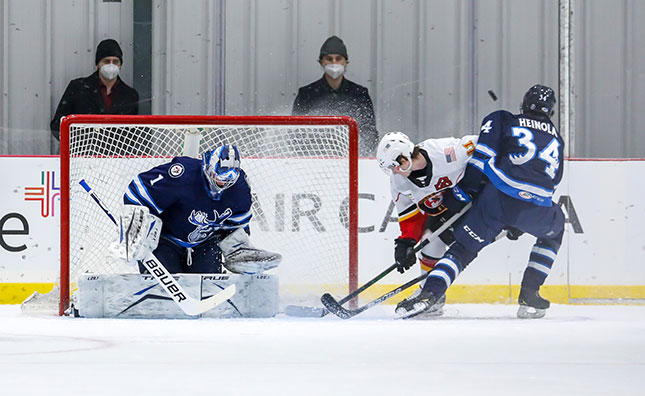 The Winnipeg Jets have reassigned defenceman Ville Heinola and goaltender Eric Comrie from the Manitoba Moose to the Taxi Squad.

Comrie, 25, has appeared in one game with Manitoba this season, making 19 saves on 21 shots in a 4-2 win over Stockton. The victory, Comrie’s 84th in antlers, moved the netminder into a tie with Cory Schneider for the Moose franchise win record. Comrie also recorded a win with the New Jersey Devils this season, turning aside 30 shots in a 5-3 win against the Buffalo Sabres.

Heinola, 20, is tied for third among AHL defenders with 10 points (4G, 6A) in 16 games with the Moose this season. He also sits tied with Jamie Drysdale for the lead among rookie defenders. The Honkajoki, Finland product has seven points (2G, 5A) in his last six games with Manitoba.

The Moose are off from game action until March 25 when they host the Laval Rocket at Bell MTS Iceplex.