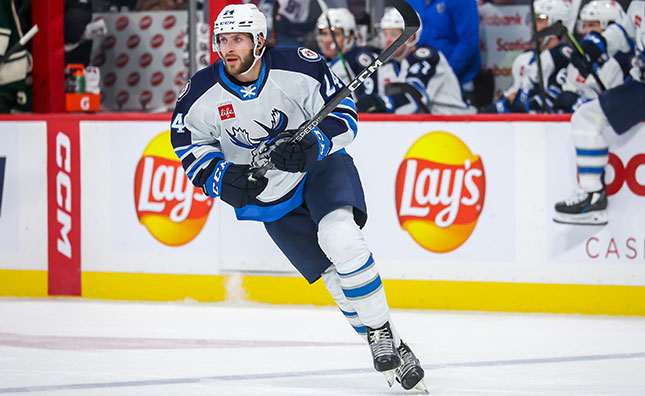 The Winnipeg Jets announced today the team recalled forward Jansen Harkins from the Manitoba Moose on an emergency basis.

Harkins, 25, racked up nine points (5G, 4A) in six games with the Moose prior to his recall. The forward posted 13 points (7G, 6A) in 77 games with the Jets during the 2021-22 campaign. The Cleveland, Ohio native has suited up in 132 NHL games and has registered 22 points (10G, 12A) during that span. Harkins also has 156 career AHL games under his belt, all with the Moose. The forward has tallied 82 points (27G, 55A) over the course of those outings. He was named Manitoba’s Most Valuable Player for the 2019-20 campaign and participated in the 2020 AHL All-Star Classic.

The Moose are in action this weekend against the Texas Stars on Friday (7 p.m.) and Sunday (2 p.m.). Tickets are available at MooseHockey.com/TICKETS.