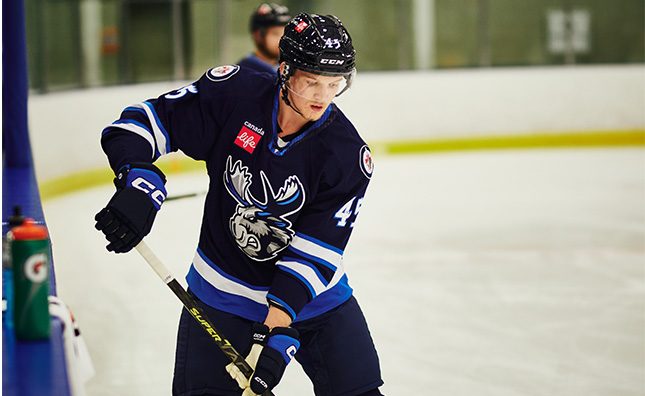 Friend, 25, has suited up in 12 games for the ECHL’s Jacksonville Icemen this season while recording two points (1G, 1A). The defenceman has 99 games of ECHL experience under his belt with 23 points (7G, 16A), all with Jacksonville. Friend also appeared in 17 AHL games with the Charlotte Checkers during the 2021-22 campaign and tallied two points (1G, 1A) in those contests.

Prior to making his professional debut, the Bowmanville, Ont. product skated two seasons with USports St. Mary’s University. Friend recorded 14 points (3G, 11A) through 53 USports games. The defender also suited up for the OHL’s Owen Sound Attack for four seasons and collected 63 points (9G, 54A) through 166 games. He was also named captain during his final season.

Manitoba continues its road trip with a contest against the Grand Rapids Griffins at Van Andel Arena on Friday, Nov. 25. Puck drop for is slated for 6 p.m CT. You can catch the game on CJOB.com/sports, the new Winnipeg Jets App, and AHLTV.