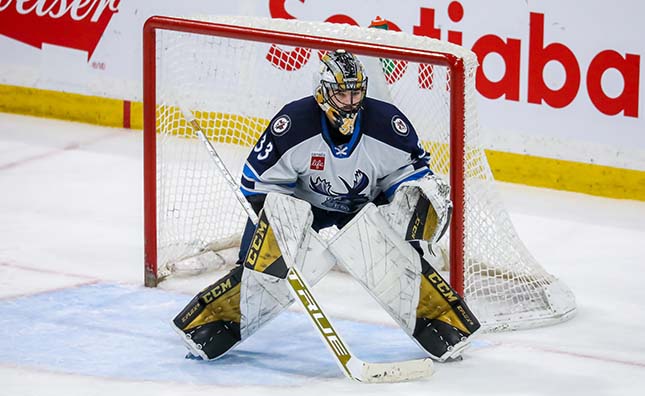 Split between Binghamton and Manitoba, Cormier has a career AHL record of 18-24-7 alongside a 3.15 goals-against average and a .895 save percentage as well as two shutouts. Cormier was originally selected by the New Jersey Devils in the fourth round (105th overall) of the 2016 NHL Entry Draft.

The Moose return home for games Saturday, Oct. 29 and Sunday Oct. 30 against the Iowa Wild at Canada Life Centre. Puck drop for both game is slated for 2 p.m. Tickets to all upcoming Moose home games are available at MooseHockey.com/TICKETS.