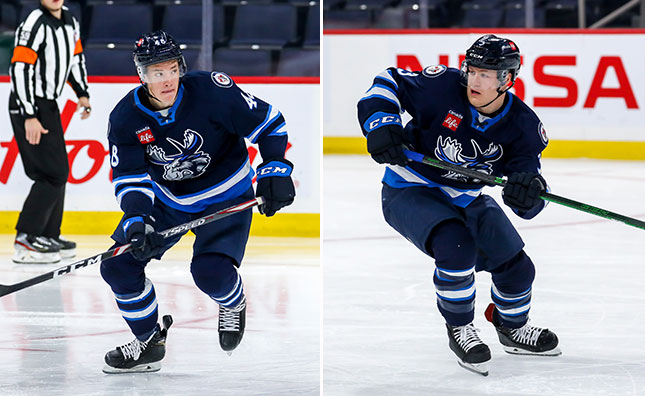 Burgess, 25, has three goals, including two shorthanded tallies, in his first three professional games with Newfoundland. Prior to turning pro, Burgess posted 62 points (27G, 35A) in 127 NCAA games split between Minnesota State – Mankato and R.P.I. Burgess was originally drafted by the Ottawa Senators in the fourth round (103rd overall) of the 2016 NHL Draft.

Pomerleau, 25, has one assist in his first three games of the season with Newfoundland. The Riviere-du-Loup, Que. product appeared in one game with the Laval Rocket during the 2020-21 season. Prior to making his pro debut, Pomerleau spent three seasons at the University of New Brunswick (USports) where he recorded 33 points (6G, 27A) in 80 career games.

The Moose are in action Saturday and Sunday against the Iowa Wild. Puck drop for both games is scheduled for 2 p.m. at Canada Life Centre. Tickets are available at MooseHockey.com/TICKETS.