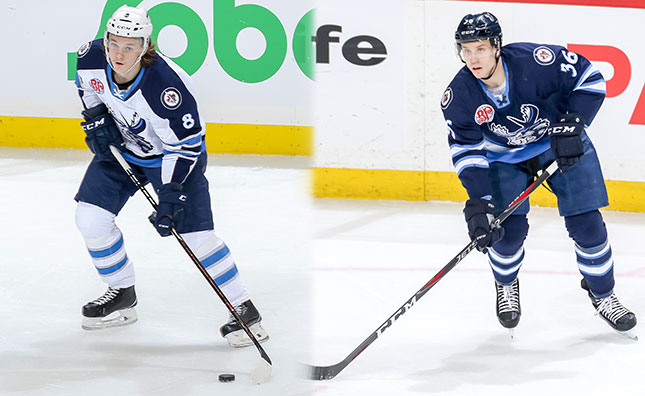 The Winnipeg Jets announced today they have recalled defencemen Sami Niku and Nelson Nogier from the Manitoba Moose.

Niku, 22, played in 30 games for the Jets last season, registering four points (1G, 3A). The native of Haapavesi, Finland played in the first two games of Manitoba’s 2019-20 season and posted an assist in each game. Niku also played 20 games for the Moose last season and had 12 points (3G, 9A) after winning the Eddie Shore Award in 2017-18 as the AHL’s top defenceman. Niku was drafted by the Jets in the seventh round (198th overall) in the 2015 NHL Draft.

Nogier, 23, played in the first two Moose games this season and recorded an assist and four penalty minutes. The product of Saskatoon, Sask. played the 11th game of his NHL career on Dec. 4, 2018, his first action in the league since April of 2017 and he also played 74 games for the Moose in 2018-19 and recorded nine points (1G, 8A) and 48 PIMs. Nogier was drafted by the Jets in the fourth round (101st overall) in the 2014 NHL Draft.

The Moose host the Toronto Marlies on Friday and Saturday to open the 2019-20 home schedule.  The first 6,000 fans to arrive at Friday’s home opener will receive a light-up wristband. Tickets are available at moosehockey.com/tickets.