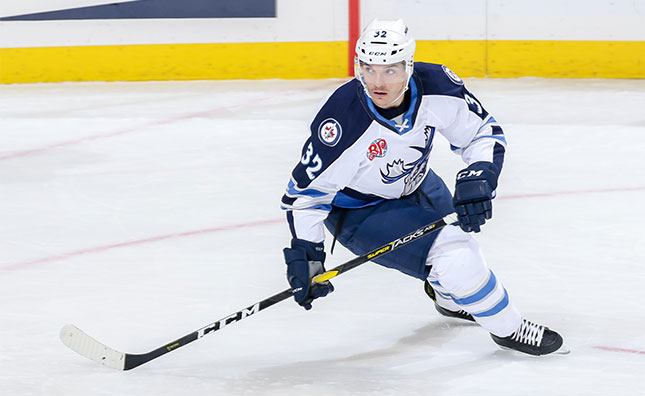 The Manitoba Moose Hockey Club announced today the team has recalled forward Alexis D’Aoust from its ECHL affiliate, the Jacksonville Icemen. The club also announced it has reassigned forward Bobby Lynch to the Icemen.

The Moose take on the Rockford IceHogs tonight in a game scheduled for 7 p.m. CT. Tickets are available at moosehockey.com/tickets.