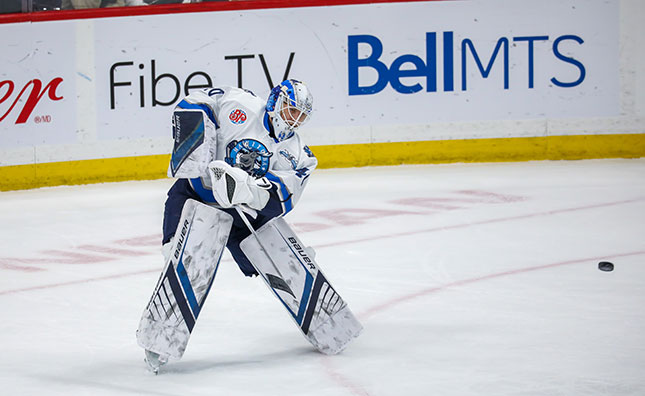 “Bell MTS has been a committed and proud partner since we first conceived of building a new arena in downtown Winnipeg and further strengthened their commitment to us in the early days of planning for the return of the NHL to our city,” said Mark Chipman, Executive Chairman of True North Sports + Entertainment. “As True North completes its first 25 years, and the Winnipeg Jets mark their tenth anniversary this season, we’re thrilled that Bell MTS has renewed its unparalleled commitment to our teams, arena, and our community as we begin our next decade in the NHL.”

Bell MTS will revolutionize the experience for Jets fans in the building and those watching on TSN through next-generation networks and technologies. The multi-year agreement also includes new behind the scenes content produced by True North Sports + Entertainment and exclusive to Bell, bringing fans even closer to their favourite Winnipeg Jets players. Additionally, the Bell logo that complemented the helmets of Winnipeg Jets players this season will remain for the next five seasons.

“Bell MTS is honoured to renew our official partnership with True North Sports + Entertainment and to continue our heritage of supporting the communities where we work and live,” said Ryan Klassen, Vice Chair, Bell MTS & Western Canada. “The Winnipeg Jets and the Manitoba Moose are a tremendous source of civic pride for Winnipeggers and we are very excited to continue our support. It has been an absolute privilege for Bell MTS Place to have been the home of the Jets and the Moose. We congratulate True North and Canada Life, a great Winnipeg-based company, as they embark on a new relationship and continue to bring exciting sports and entertainment to the people of Winnipeg.”