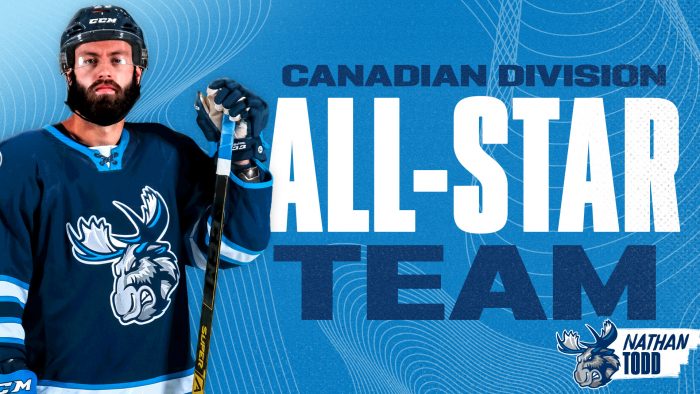 Todd, 25, led the Canadian Division with 32 points (12G, 20A) in 36 games. The Ottawa, Ont. product was fourth among the division’s goal-scorers and finished second in the division in assists. Todd paced the Moose with 20 points (7G, 13A) at even strength and ranked second on the club with 12 power play points (5G, 7A). The winger tied for the Moose lead with a plus-10 rating, which also ranked fifth in the division. Todd recorded six multi-point games this season, including five three-point outings. Todd recorded 27 of his 32 points as goals or primary assists.

Nathan Todd is the 13th player in franchise history to be named to an AHL all-star team. He is the first since the 2017-18 season when Mason Appleton, Sami Niku and Michael Hutchinson were all named to all-star teams.

Todd will receive a custom-designed crystal award in recognition of his selection to the 2020-21 AHL Canadian Division All-Star Team.