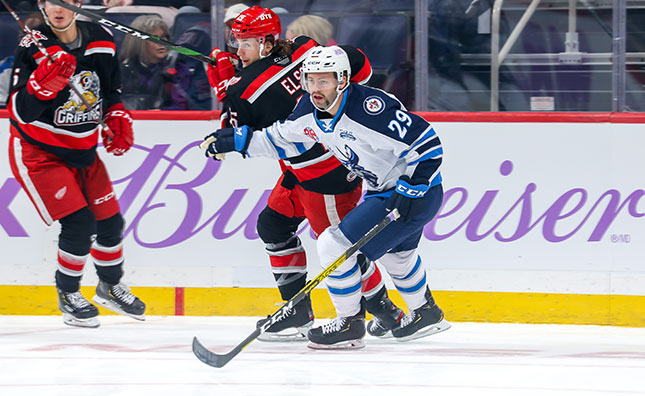 The Manitoba Moose Hockey Club announced today the team has signed forward Nathan Todd to a one-year contract for the 2020-21 season.

Todd, 24, appeared in 20 AHL games split between the Moose and Belleville Senators last season. The Kemptville, Ont. product tallied one goal in 16 games with the Moose. Todd also recorded 31 points (11G, 20A) in 26 games with the ECHL’s Brampton Beast. Todd has played a total of 143 career ECHL contests while racking up 110 points (49G, 61A). He has one goal in 27 career AHL outings.