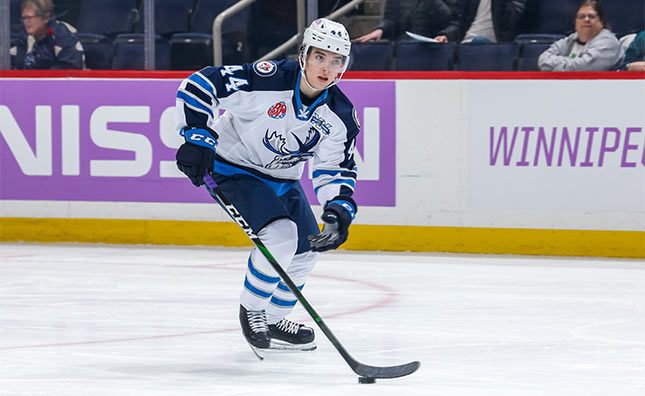 The Winnipeg Jets announced today they have reassigned defenceman Ville Heinola from the Manitoba Moose to Lukko Rauma in the Finnish Liiga.

Heinola, 18, has five points (1G, 4A) in eight games for the Jets this season and added an assist in three games for the Moose. The Honkajoki, Finland native made his NHL debut and recorded his first point (an assist) on Oct. 3 versus the New York Rangers before scoring his first goal on Oct. 8 against the Pittsburgh Penguins. Heinola was Winnipeg’s first round pick (20th overall) in June’s NHL Draft.

The Moose are set to take on the Rockford IceHogs on Friday, Nov. 8. Puck drop is scheduled for 7 p.m. Catch the pre-game show starting at 6:45 p.m. on moosehockey.com/listenlive.