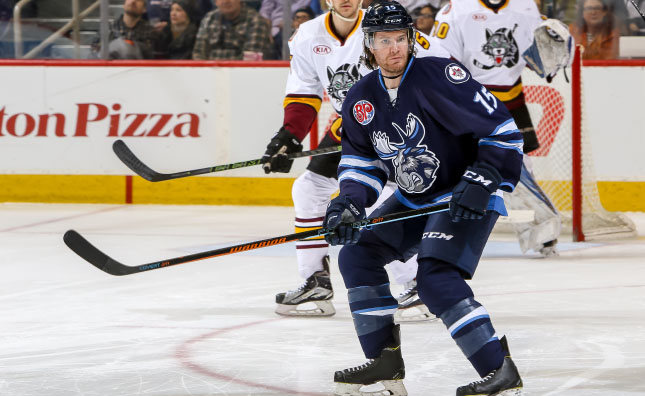 The Winnipeg Jets Hockey Club, in conjunction with its AHL affiliate, the Manitoba Moose, announced today they have recalled forward Matt Halischuk from the Moose.

Halischuk, 27, has played in 13 games this season with the Jets, after being recalled on two prior occasions. Halischuk has played 39 games for the Manitoba Moose this season, recording 18 points (6G, 12A) and six penalty minutes. Halischuk spent the 2014-15 season with the Jets and had eight points (3G, 5A) in 47 games. Winnipeg claimed Halischuk off waivers prior to the 2013-14 season and has a total of 18 points (8G, 10A) in 106 career games with the Jets. He was originally drafted by the New Jersey Devils in the fourth round, 117th overall at the 2007 NHL Entry Draft.

The Moose play their next game this Saturday, Feb. 27 against the Charlotte Checkers at 7 p.m. at the MTS Centre.