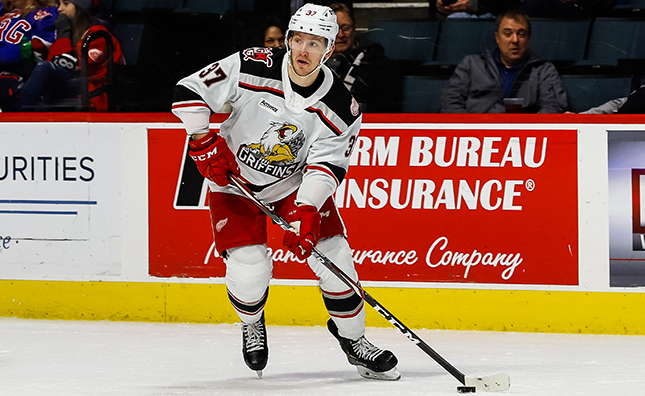 The Manitoba Moose Hockey Club announced today the team signed forward Evgeny Svechnikov to a one-year contract for the 2021-22 season.

Svechnikov, 24, recorded eight points (3G, 5A) in 21 games, all career highs, for the Detroit Red Wings during the 2020-21 season. The Yuzhno-Sakhalinsk, Russia product began his North American professional career in 2016 and has played 41 career NHL games over four seasons for the Red Wings recording 12 points (5G, 7A).

Svechnikov also posted 101 points (39G, 62A) in 186 career AHL games with the Grand Rapids Griffins. During the 2016-17 season, the winger recorded a career high 51 points (20G, 31A) in 74 games. He paced Grand Rapids rookies in goals, assists and points while ranking fourth in the AHL among first-year point leaders. That season Svechnikov helped the Griffins to a Calder Cup title as he recorded 12 points (5G, 7A) in 19 playoff games.

Internationally, Svechnikov suited up with Team Russia in the 2016 IIHF World Junior Championships where he appeared in seven games.

Svechnikov was originally drafted by Detroit in the first round (19th overall) of the 2015 NHL Draft.