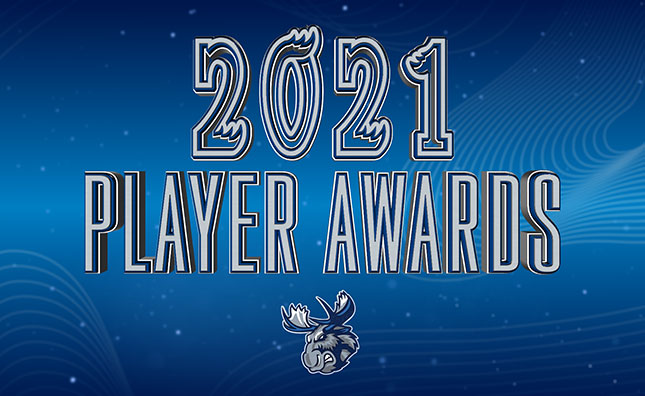 The Manitoba Moose Hockey Club announced today the team will present its end of year awards during the 2020-21 Manitoba Moose Player Awards Show. The event airs tonight, Tuesday, July 6, at 7 p.m. CT in a video stream here on moosehockey.com and the team’s social media channels.

The Moose will present six awards during the show in acknowledgement of the efforts by players both on and off the ice during the 2020-21 season.

The event will be hosted by Moose broadcaster Daniel Fink and MooseTV’s Austin Siragusa. Siragusa will get reaction from Moose players throughout the show and Winnipeg Jets Radio’s Jamie Thomas will break down the various winners.

The show will also feature a look back on some of the best moments from a memorable 2020-21 season and exclusive behind-the-scenes footage from the campaign.