Jets Reassign Nogier, Schilling and Vesalainen to the Moose 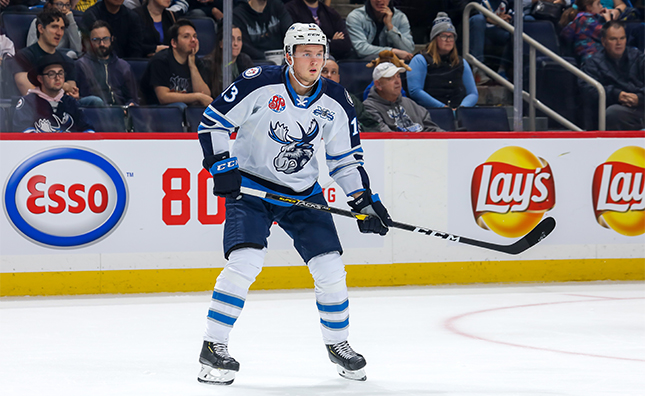 The Winnipeg Jets announced today they have reassigned defencemen Nelson Nogier and Cameron Schilling and forward Kristian Vesalainen to the Manitoba Moose.

Schilling, 31, has played 40 games for the Moose this season and has 19 points (5G, 14A) and 12 penalty minutes. The native of Carmel, Ind. made four appearances for the Jets in 2018-19 and he recorded his first NHL point (an assist) on Nov. 29, 2018 against the Chicago Blackhawks. Schilling has played 10 NHL games for Winnipeg and the Washington Capitals in his nine pro seasons and he has played 530 AHL games for Manitoba, Rockford, Ontario, and Hershey and recorded 178 points (43G, 135A) and 383 PIMs.

The Moose will face off against the Iowa Wild on Friday, Jan. 24. Puck drop is scheduled for 7 p.m. The matchup will be broadcast on TSN 1290 and moosehockey.com/listenlive.