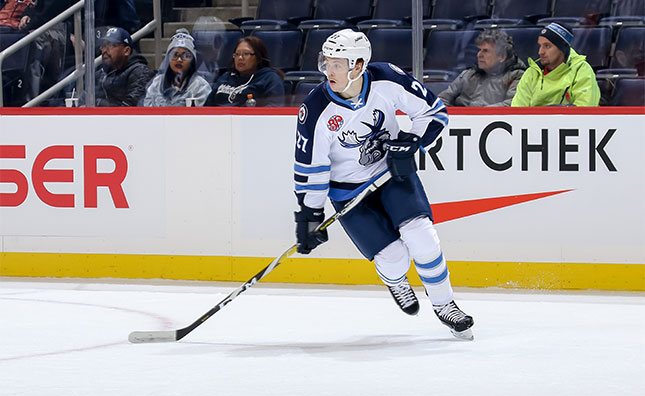 The Winnipeg Jets announced today they have assigned forward Mason Appleton to the Manitoba Moose.

Appleton, 23, has played nine games for the Jets this season and has two penalty minutes. The Green Bay, Wisc. native made his NHL debut for Winnipeg in 2018-19 and posted 10 points (3G, 7A) and four PIMs in 36 games, he also saw action in 40 games for the Moose and had 32 points (15G, 17A). Appleton made his professional debut for Manitoba in 2017-18 when he won the Dudley (Red) Garrett Memorial Award as the AHL’s outstanding rookie following a 66-point (22G, 44A) season.

Appleton was drafted by the Jets in the sixth round (168th overall) in the 2015 NHL Draft.

The Moose head out on the road to play against the Texas Stars on Wednesday and Friday. Both games will be broadcast on TSN 1290 and moosehockey.com/listenlive.