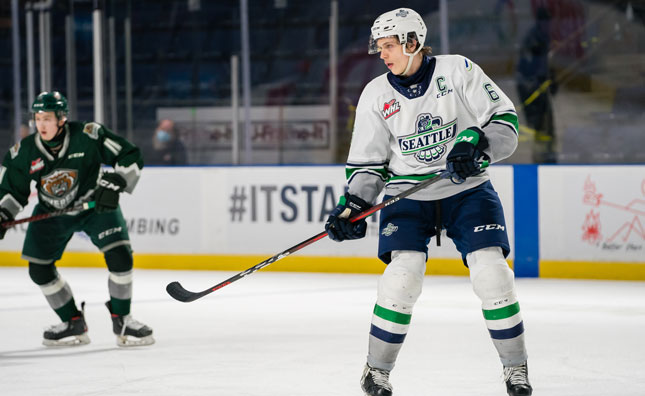 The Winnipeg Jets announced today they have agreed to terms with defenceman Tyrel Bauer on a three-year, entry-level contract with an average annual value in the NHL of $925,000.

Bauer was drafted by the Jets in the sixth round (164th overall) in the 2020 NHL Draft. The 20-year-old defenceman is playing in his fourth full season with the WHL’s Seattle Thunderbirds, who play Game 7 of the Western Conference Final tonight against the Kamloops Blazers.

Bauer, Seattle’s team captain since 2020-21, posted 10 points (5G, 5A) and 59 penalty minutes in 32 games for the Thunderbirds this season, adding another four assists and 16 PIMs while playing in all 18 of the playoff games so far. He missed a large portion of the season with a knee injury, but returned to the lineup after recovering earlier than expected. The Cochrane, Alta. native has totalled 48 points (12G, 36A) and 256 PIMs in 181 career games for Seattle.