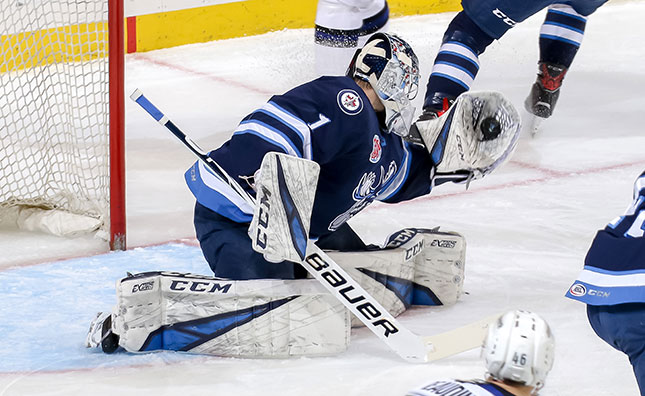 The Winnipeg Jets announced today they have reassigned goaltender Eric Comrie to the Manitoba Moose.

The fourth-year pro was recently named the FloForm Countertops MVP and Three Stars awards winner this season for the Moose.

Comrie was drafted by the Jets in the second round (59th overall) in the 2013 NHL Draft.