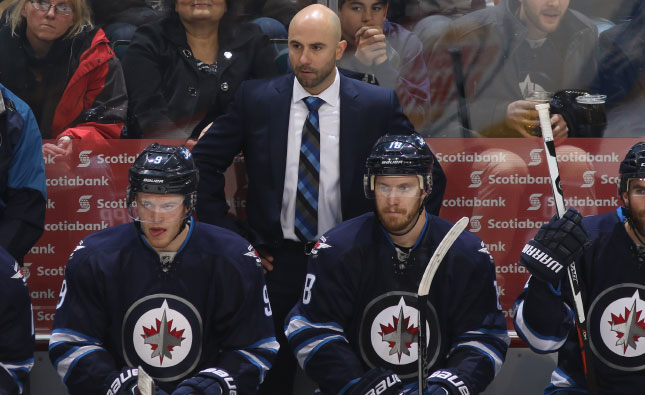 Vincent, 44, has been an assistant coach with the Jets for the past five seasons. He was one of the original hires on the Jets’ coaching staff when the team moved to Winnipeg from Atlanta in 2011. The Jets compiled a record of 176-156-44 over that span, including a playoff berth in 2015 following a franchise record season of 43-26-13 for a .604 winning percentage.

Prior to his time with the Jets, Vincent was a head coach in the QMJHL for 12 seasons with the Montreal Juniors and Cape Breton Screaming Eagles. Vincent coached the Montreal Juniors to the second best record in the QMJHL at 46-12-10 his final season in 2010-11. Vincent has an all-time QMJHL head coaching record of 429-313-87 along with nine playoff series wins and was the recipient of the Ron Lapointe Trophy as the top coach in the QMJHL following the 2007-08 season. That year, the Screaming Eagles finished with a record of 40-24-6 and reached the second round of the QMJHL playoffs.

Vincent becomes the eighth coach in Manitoba Moose history, as well as the seventh in their American Hockey League history.