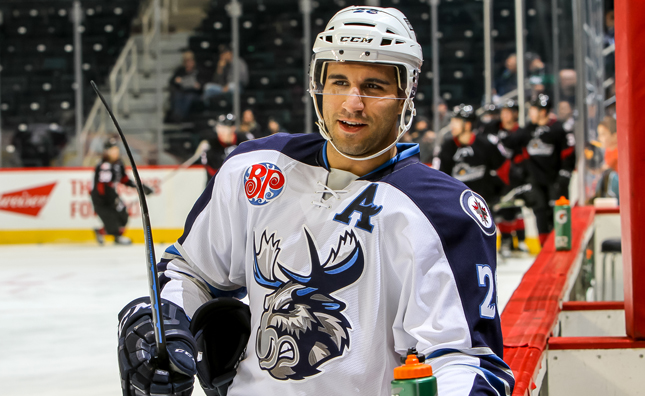 The Winnipeg Jets Hockey Club, in conjunction with its AHL affiliate, the Manitoba Moose, announced today they have re-assigned forward Patrice Cormier to the Moose.

Cormier, 25, was recalled by the Jets on Nov. 4th, and played in the team’s Nov. 7th game against the Philadelphia Flyers. Prior to being recalled, Cormier had played in nine games this season with the Manitoba Moose collecting two points (1G, 1A) and six penalty minutes. In his NHL career, Cormier has compiled five points (1G, 4A) in 51 career games with Winnipeg and the Atlanta Thrashers. The Moncton, NB native has collected 98 points (49G, 49A) and 336 penalty minutes in 219 AHL games with Manitoba, St. John’s and the Chicago Wolves. He was originally drafted by the New Jersey Devils in the second round, 54th overall, in the 2008 NHL Draft.